A humanitarian disaster is developing in Indonesia's capital Jakarta as the death toll from torrential rain rises to 60 with almost 200,000 people taking refuge in shelters 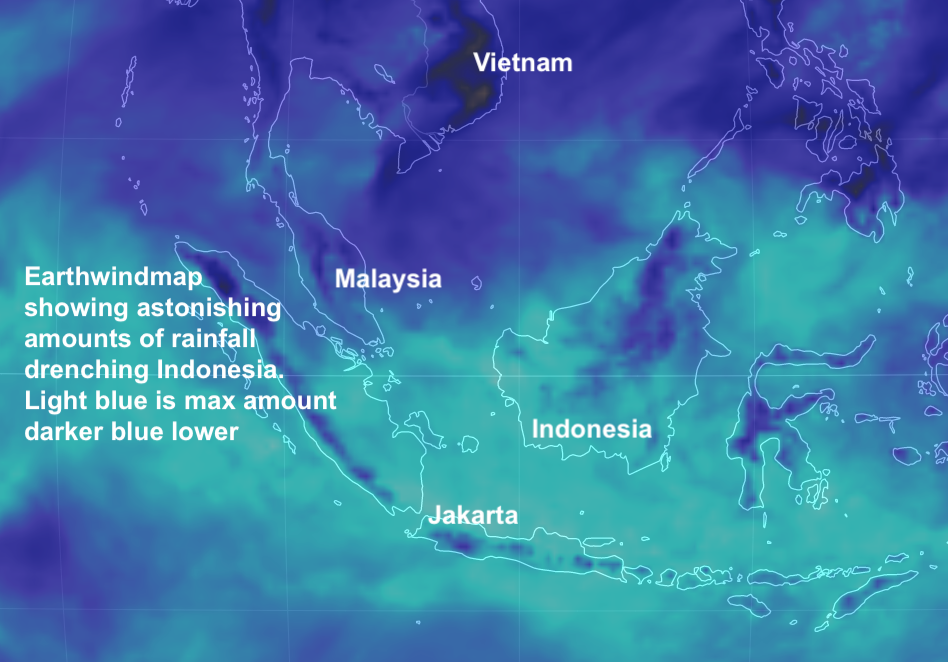 A humanitarian disaster is developing in Indonesia's capital Jakarta as the death toll rises to 60 with almost 200,000 people taking refuge in shelters across the massive urban conglomeration after whole neighbourhoods were submerged from torrential rain. Thousands of people are unable to return to water-logged homes with more torrential rain to come.

According to the Japan Times, floodwaters reached up to 2.5 meters (8 feet) in places. As much as 37 centimetres (14.5 inches) of rainfall was recorded in Jakarta and West Java’s hilly areas on New Year’s Eve, causing the Ciliwung and Cisadane rivers to overflow, Jakarta Gov.
The flooding, among the deadliest in years, caused chaos in parts of Southeast Asia’s biggest city with train lines blocked and power outages in some areas. Swathes of Jakarta and nearby towns were inundated after heavy rain fell on Dec. 31 and into the early hours of New Year’s Day. Social affairs ministry spokesman said in a message to Reuters that the death toll had now reached 60.

As the disastrous floods in Indonesia’s capital city, Jakarta continue, heavy rain elsewhere in the country has caused deadly flash flooding and landslides in the Sangihe Islands Regency, North Sulawesi Province. Indonesia – Deadly Flash Floods and Landslides in North Sulawesi Indonesia’s National Disaster Mitigation Agency (BNPB) reported 2 fatalities after floods hit the village of Lebo Village, Manganitu Sub-district, on 03 January 2020. Media have since reported one further casualty, with more possibly still missing, buried in landslides triggered by the rain and floods. Several people have been injured and at least 30 homes damaged or destroyed. Around 80 households have been displaced. disaster authorities, local government and volunteers are continuing with search operations, along with clearing flood and landslide debris. Floodlist


Flash floods in Indonesia's capital city have left more than 40 people dead and forced tens of thousands to flee their homes. The worst monsoon rains in more than a decade deluged Jakarta, and rising rivers submerged at least 182 neighbourhoods. Jakarta is the world's fastest-sinking city, caused by rising sea levels and extreme weather - both worsened by climate change.