A village in South Africa equals the worlds hottest recorded temperature with a sizzling 54°C, (129.2 deg F) Kuwait in 2016 and Death Valley 2013 hold the same record 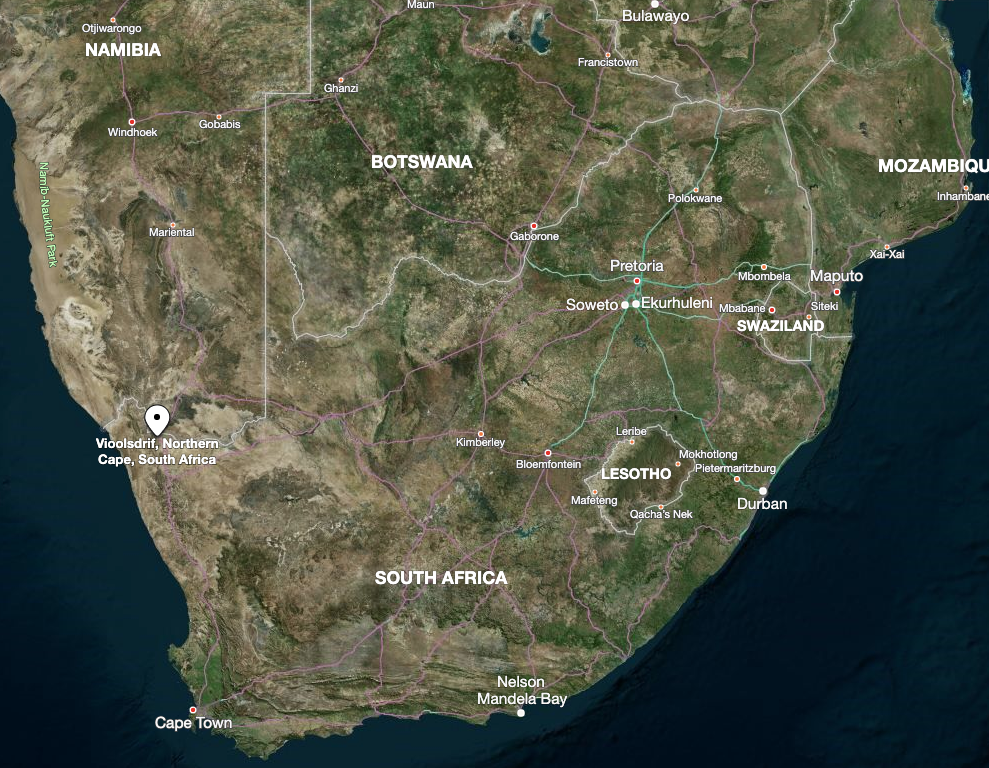 Vioolsdrif, a village in the Northern Cape, has broken a new record for the highest temperature in the country, reaching over 50 degrees Celsius. SA Weather Service forecaster Mbavhi Maliage said Vioolsdrif first broke the record in 1995 with a maximum temperature of 46.2°C. “On Thursday, it reached a new record of 50.1°C and then it broke its own record again on Friday by reaching 53.2°C, which was rounded off to 54°C, (129.2 deg F)” Maliage said. She said the area has been experiencing hot temperatures for a while. Planet Earth and Storm Report SA reported that the temperature recorded at the Viooldrif weather station is now the highest yet recorded anywhere in Africa in the modern era. A previous record temperature of 55°C was recorded in Tunisia in 1931, but that figure was unreliable due to instruments not being calibrated to international standards. Times Live

Both Mitribah and Basra’s readings are likely the highest ever recorded outside of Death Valley, Calif. Death Valley currently holds the record for the world’s hottest temperature of 134.1 degrees (56.7 Celsius), set July 10, 1913. But Weather Underground’s Christopher Burt does not believe it is a credible measurement: “The record has been scrutinized perhaps more than any other in the United States,” Burt wrote.
If you discard the Death Valley record from 1913, the 129.2-degree reading from Mitribah would tie the world’s highest known temperature, also observed in Death Valley on June 30, 2013, and in Tirat Tsvi, Israel, on June 22, 1942. But Christopher Burt says the Israeli measurement is controversial. Full Story

On 13 September 2012 the World Meteorological Organisation disqualified the record for the highest recorded temperature, exactly 90 years after it had been established at El Azizia, Libya, with a measurement of 58°C. Guinness Book Of Records
Climate Change
Front Page