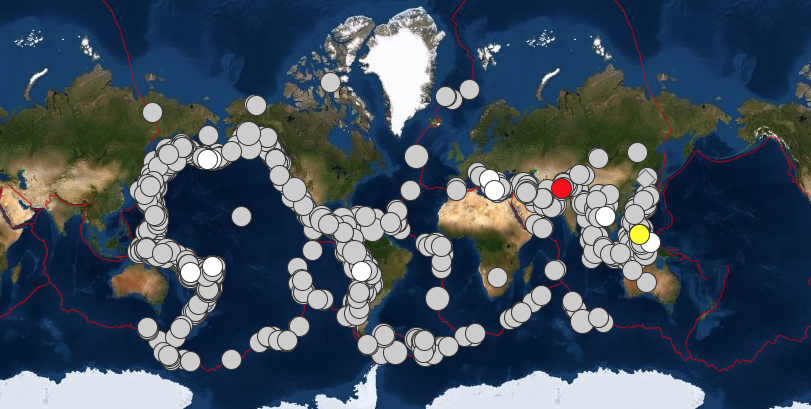 Map USGS, showing the 1,489th major quakes of this decade

According to USGS, The number of people living near areas that could have produced landslides in today's earthquake is low, but landslide damage or fatalities are still possible in highly susceptible areas. the quake was relatively deep at 210.2 km