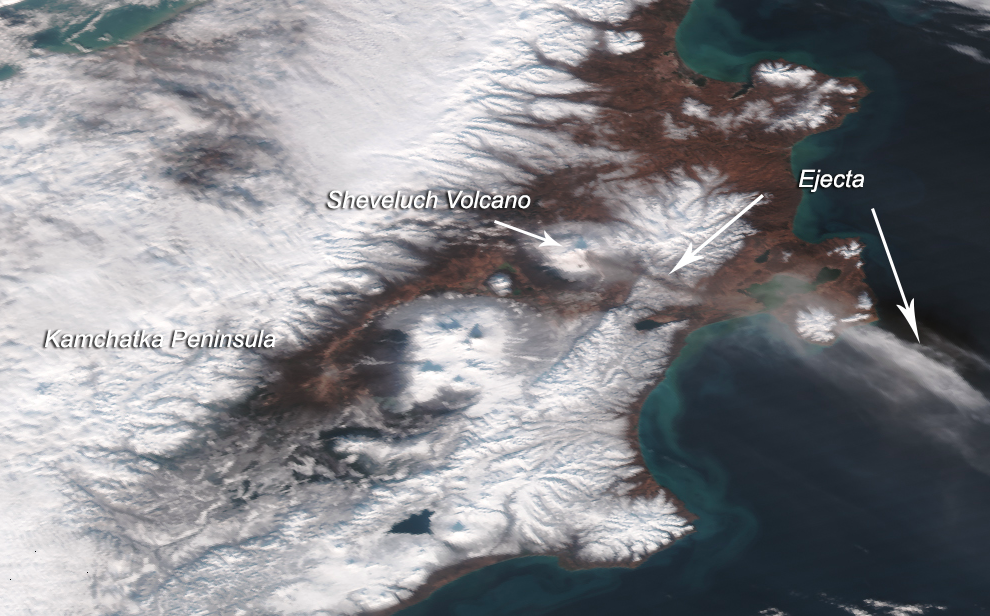 The Suomi-NPP satellite captured this image of the Sheveluch volcano erupting on Nov. 12, 2019, which affected flights over an area spanning from Alaska’s the Aleutian Islands into the North Pacific, according to the NWS Oakland Center Weather Service Unit. Ash from the plume, which was ejected as high as 33,000 feet, was pulled southeastward by winds in the Bering Sea into a strong low-pressure system in the Gulf of Alaska. NOAA

Alert level raised for southern Kyushu's Mount Shinmoe volcano after a cluster of 22 earthquakes The alert level for a volcano in southwestern Japan was raised Monday amid increasing seismic activity in the area, according to the Meteorological Agency. Japan Times