It started raining at the end of September and hasn't stopped since: Coincident? U.S. UK and Western Europe enduring their wettest year ever 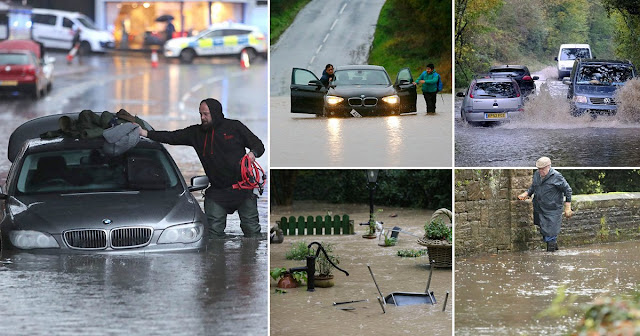 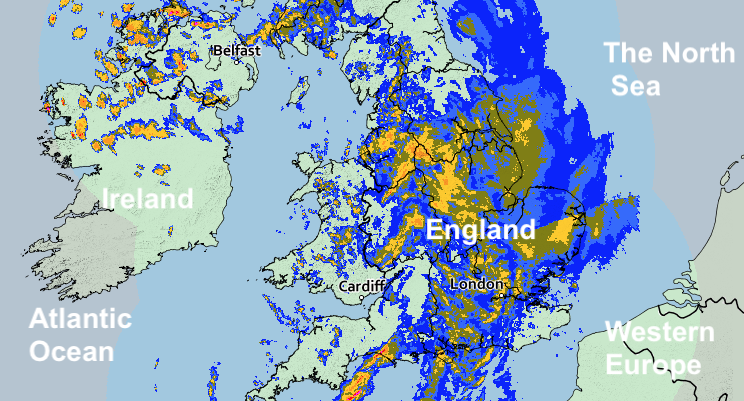 Right, a radar map from the Met Office showing another deluge expected for England today

The rain started in late September with Storm Lorenzo which brought strong winds to the west of Ireland before crossing the UK on 3rd October. Lorenzo was a mid-Atlantic hurricane but weakened rapidly as it tracked north-east past the Azores toward the west coast of Ireland. The storm followed a spell of unsettled wet weather across England and Wales during late-September causing disruption and flooding. Torrential downpours across parts of Wales, the Midlands and southern England on 1st of October also brought localised flooding and disruption, it has continued to rain in some areas since then with hardly a pause

The persistent wet weather continued throughout October 2019 as slow-moving westerlies rolled in from the Atlantic. Some locations across Wales and northern England received a full months rain often in just a couple of hours. The heavy rain, which was falling on already very wet ground, led to flooding disruption across Wales, Shropshire, Staffordshire and Manchester. Altogether The Environment Agency has 44 flood warnings in place across the country, including five severe warnings on the River Don in South Yorkshire. 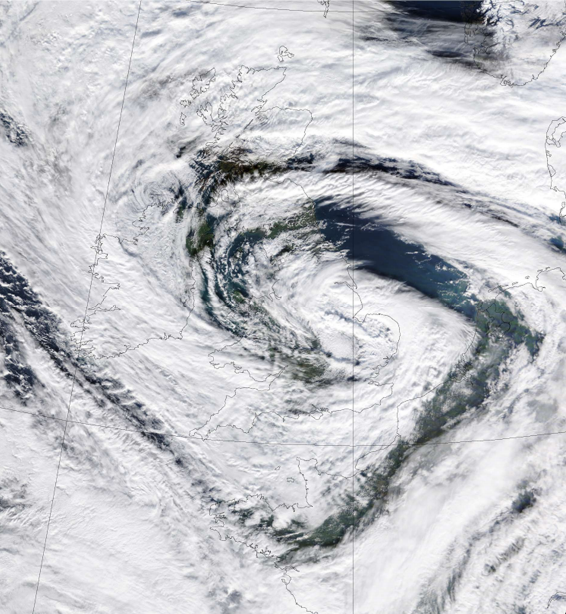 The satellite image on 02 November 2019 shows the swirl of cloud from the low-pressure system enveloping the UK, which could more or less fit the same pattern of any day since late September. Image copyright Met Office / NASA/ NOAA.

The city of Sheffield in the UK has just received six months of rain in the last seven days and are expecting more rain followed by frequent heavy showers which will likely cause more flooding and transport disruption. Meanwhile, Fishlake, near Doncaster, was cut off by its worst flooding in living memory when the River Don burst its banks. About 700 residents were told to evacuate over the weekend after nearly a month's worth of rain fell in a single day.

The deluge is not just in England, the contiguous U.S. had its wettest year to date on record, 2019. Above- to much-above-average precipitation dominated much of the country with record-wet conditions occurring in South Dakota, Minnesota, Wisconsin, Illinois and Michigan.

Winter arrived early in Big Sky. With over 51″ of snow falling on Lone Mountain in October, the resort reported nearly 250 per cent above average snowfall for the month.

Meanwhile, a brutal arctic surge is set to deliver record-breaking mid-November cold next week to most of the U.S. Forecasters are expecting cold to break 170 temp records.

At the beginning of this month, firefighters gained control after 100,000 acres have been destroyed by wildfires since the Kincade Fire started in Sonoma County on October the 23rd this year with thousands of residents forced from their homes, which is becoming the new norm in parts of California. 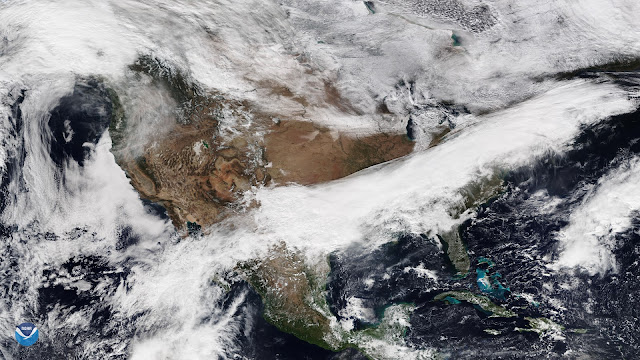 A brutal arctic surge is set to deliver record-breaking mid-November cold next week to most of the U.S. Credit NOAA

The BBC’s meteorologist Louise Lear warned parts of Northern Europe are experiencing a drastic plunge in temperatures. This drop is far below what it is expected at this time of year, with a freezing -30C recorded in Scandinavia this week. In Norway, 56 cm (almost 2 ft) of snow in fell on Tromsø last Sunday morning. Only once in the last 97 years has there been more snow on November 3 in Tromsø, claimed state meteorologist Sjur Wergeland. The snow amounts are historical for November. In 2006, 67 cm of snow was measured on November 3.

Only a week ago the Region of Murcia was basking in temperatures of 29 degrees during the long holiday weekend but as mid-November approaches the Pyrenees and the Picos de Europa in northern Spain have been inundated with copious amounts of snowfall blocking roads and causing havoc.

It is not even summer, yet in Australia, they have already had their worse bushfire season ever and the situation is about to worsen! Australian Fire Service has warned Sydney residents to get out while they can because of a 'catastrophic' danger for Sydney area on Tuesday as high temperatures, strong winds and low humidity combine to create fierce conditions. 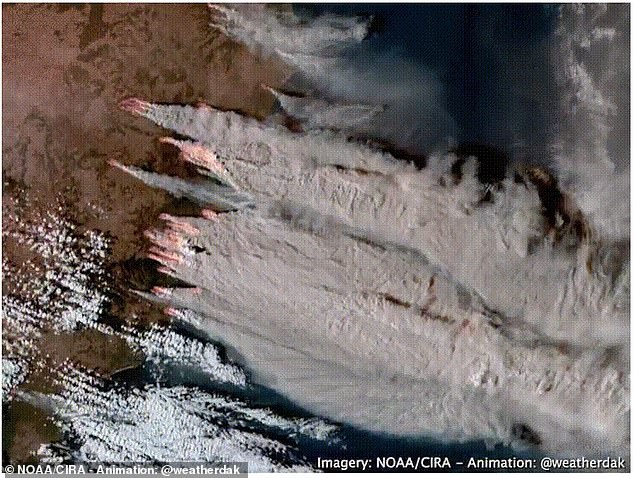 The World Food Program says nearly a million of South Sudan's 11 million people have been affected by devastating floods and are in urgent need of life-saving assistance after a years rain fell in a couple of weeks.

Around 40,000 people have been displaced by flooding along the Ubangi River in northeastern Democratic Republic of the Congo (DRC)

Two million people have been evacuated as deadly Cyclone Bulbul smashed into the Bay Of Bengal killing 12 with many missing, meanwhile, while Vietnam succumbed to Tropical Storm Nakri when it made landfall last night killing 3.