An incredible amount of rainfall! 400 mm of rain in less than 48 hours (50% of the yearly average) to fall on parts of France and Italy this weekend 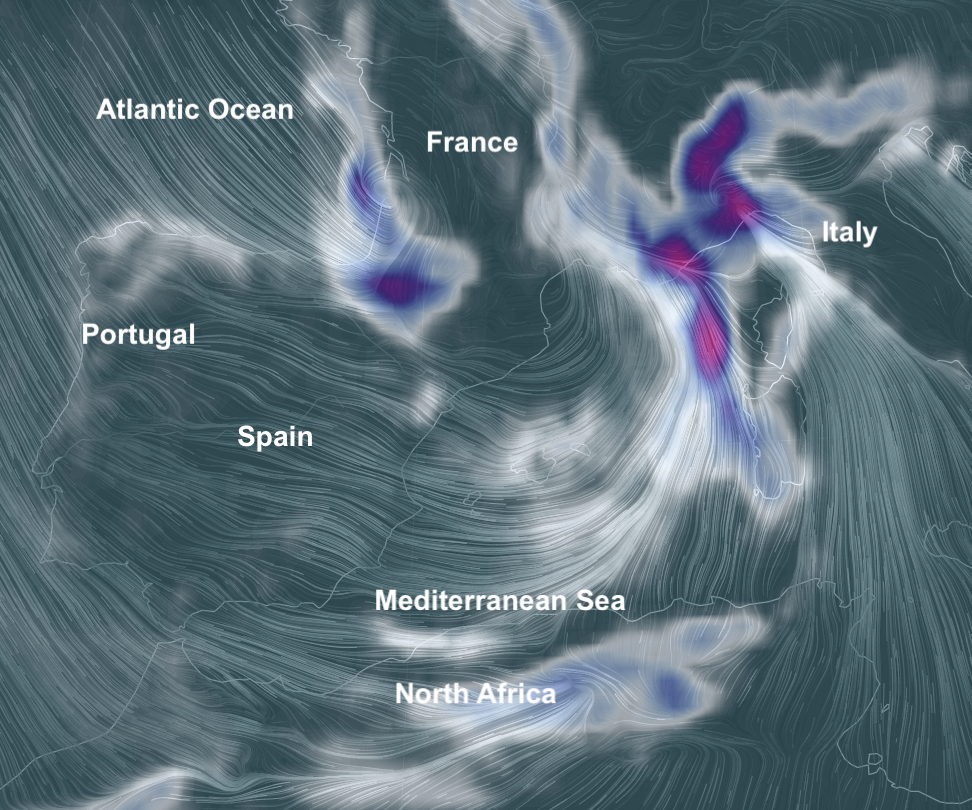 As the United Kingdom is once again being drenched with torrential rain with half of the average rainfall of November falling in the last 24 hours causing the Met Office to issue another 45 flood alerts to a flood disaster weary population, more here,  South-East France and North-West Italy are also waiting for yet another deluge.

According to Severe Weather Europe, a large cyclone which is producing an intense windstorm across the Bay of Biscay today will become larger in size while moving into France. Strong southerlies will deliver huge amounts of very moist and unusually warm air mass from the Mediterranean northwards into the threat area. Forecast models are in very good agreement an extreme amount of rainfall will result, locally exceeding 400 mm of rain in less than 48 hours (50% of the yearly average) in the SE area! Significant flooding is expected.

Various models are in very good agreement developing an intense rainfall event, with strongly enhanced orographic rainfall across the higher terrain of SE France and the western Alps, including NW Italy and NW Apennines. Combined with convective storms closer to the Mediterranean sea, very high rainfall sums are expected. High-resolution models are hinting more than 400 mm will be possible in some areas (Provence Alps – SE France, Piemonte, Aosta and Liguria – NW Italy).