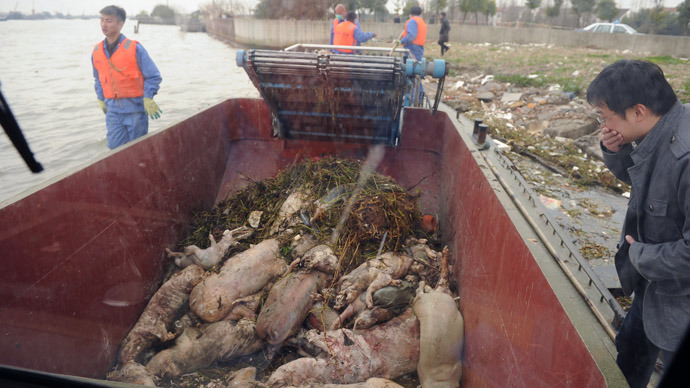 Millions of pigs have been destroyed in Asia due to disease. Picture RT

Extreme flooding in the UK, U.S., and Europe, fires in Australia and even an outbreak of plague in China have all been attributed to climate change this week, while researchers have warned that global warming could saddle future generations with a life-long illness, according to Reuters.

Last week a global group of around 11,000 scientists endorsed a study that says the world is facing a climate emergency. The study, based on 40 years of data on a range of measures, says governments are failing to address the crisis.  Without deep and lasting changes, the world is facing "untold human suffering". Full story here

The bushfires of the future are already here. They burn earlier in the season, and more ferociously, and can interact with extreme weather and even create their own thunderstorm events which create fires we don't know how to fight. They don't only burn earlier in the season but much later also. Many of the wildfires witnessed this year have been country size, the Siberian fire earlier this summer was as big as Denmark, the Amazon fires were just as big. Australia's worse wildfire year in history is this year and the summer hasn't even officially started. Fires blazed across California: Large and lethal wildfires scorched parts of Northern and Southern California during October and some remained active at the beginning of November.

Many parts of the U.S. has had its wettest year to date on record. Above- to much-above-average precipitation dominated much of the country with record-wet conditions occurring in South Dakota, Minnesota, Wisconsin, Illinois and Michigan. And with the coldest beginning on record to the month of November, the deadly Arctic blast is breaking records set more than 100 years ago and it's not even officially winter yet. Officials are using the word 'disaster' to describe the widespread crop failures happening all over America. Another report on the Weather Channel claims big, destructive hurricanes are striking the U.S. more often. Climate scientists have shown that global warming is creating more extreme weather and storms.

In Ontario Canada, record cold has arrived breaking some records which go all the way go back to 1873.

Parts of England today are expecting more than two weeks rainfall, with many parts of the country already underwater. The deluge started at the end of September, more rain is forecast in the coming days.  Sheffield has received two years of rainfall in just one week. In Ireland, Dublin had its entire November average rainfall in the first week of this month. 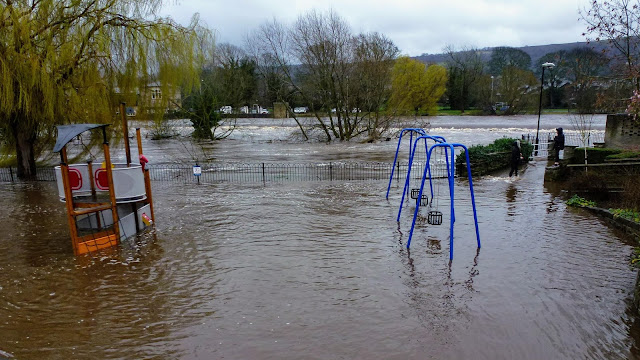 Green and pleasant land, flooding in the UK credit BBC

Venice declared a state of emergency on Wednesday after “apocalyptic” floods swept through the lagoon city, flooding its historic basilica and inundating squares and centuries-old buildings. “This is the result of climate change,” city mayor Luigi Brugnaro said on Twitter. Meanwhile, torrential rain caused serious flooding in the south of the country.

In India's capital, New Delhi the ongoing smog problem reached a new level, the air quality index on Thursday was at a staggering 472 on a scale of 500, indicating possible serious respiratory risks for the general public, according to SAFAR, a government pollution monitor.

Meanwhile, the Guardian has reported two people in China have been diagnosed with plague, the latest cases of a disease more commonly associated with historical catastrophe. Plague is caused by the bacterium Yersinia pestis and can arise in three forms – a lung infection, known as the pneumonic plague; a blood infection, known as the septicemic plague; and a form that affects the lymph nodes, called bubonic plague. The latter form is perhaps the most famous and was behind several pandemics including the Black Death of the late middle ages, which is estimated to have killed up to 60% of the European population. In Asia pork prices this year have almost doubled after a quarter of the pig population has been slaughtered due to swine fever. The CDC released its second Antibiotic Resistance Threats in the United States (AR Threats Report). The report provides new national estimates of deaths and infections caused by antibiotic-resistant germs and categorizes the top resistant germs based on the level of concern to human health. More people in the United States are dying from antibiotic-resistant infections than previously estimated.

The World Food Program says nearly a million of South Sudan's 11 million people have been affected by devastating floods and are in urgent need of life-saving assistance after a years rain fell in a couple of weeks.
Around 40,000 people have been displaced by flooding along the Ubangi River in northeastern Democratic Republic of the Congo (DRC)
Two million people were evacuated when deadly Cyclone Bulbul smashed into the Bay Of Bengal killing 12 with many missing, meanwhile, while Vietnam succumbed to Tropical Storm Nakri when it made landfall killing 3.