Widespread wildfires have erupted after an extreme and severe heatwave hit Syria and Lebanon: More than 100 wildfires are burning in many towns and villages across Lebanon 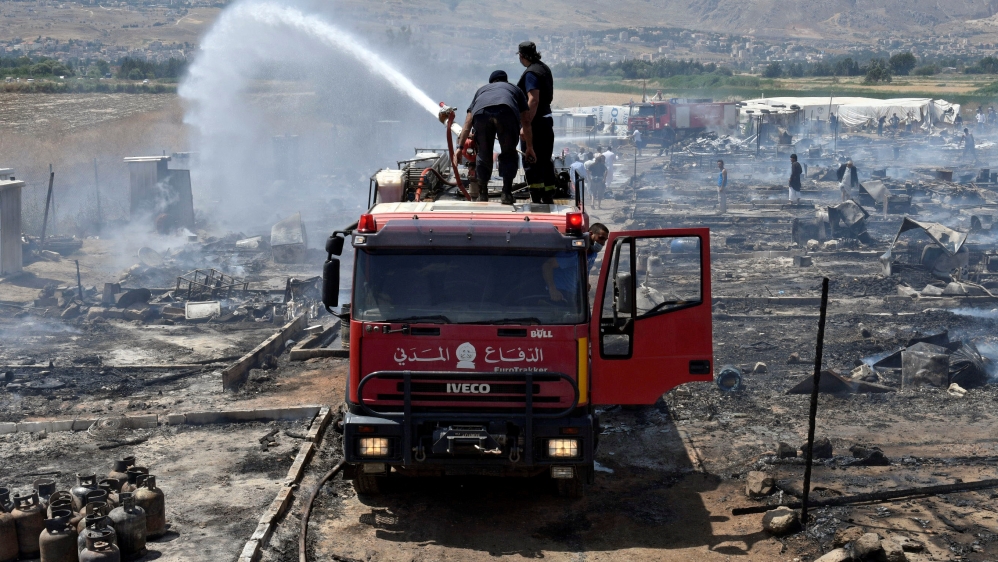 
Syria and Lebanon are the latest wildfire disasters of 2019 which is thought to be adding to and accelerating climate change to our already devasted planet and the problem has appeared to escalate this year with country-sized fires breaking out across the planet. The 4.3 million hectare fire in Siberia this summer, an area larger than Denmark contributed significantly to climate change according to scientists. Wildfires in the Amazon rainforest hit a record number this year, according to research carried out by Brazil's space research centre (INPE). It cited an incredible 72,843 fires, marking an increase of 83% compared to 2018 - the highest since records began in 2013. Meanwhile, millions of wild animals, including jaguars, pumas and llamas, perished in the weeks of wildfires that devastated huge swaths of the Bolivian and Brazilian forest and grassland this summer. The number of Indonesian people suffering respiratory problems caused by smoke from forest and peatland fires blanketing parts of Borneo and Sumatra this year is in the millions, according to the authorities.


The latest major disaster is ongoing in parts of WSW Syria and N & W Lebanon as numerous destructive wildfires have erupted during the past 24 hours, Severe Weather Europe reports. The massive fires swept through the forests around the towns of Mechref to Kfar Matta and Daqoun in the Chouf district, Lebanon. Additional fires have been reported the Syrian coast of Tartous and Lattakia.
Widespread wildfires have erupted after an extreme fire danger has developed in a short, but severe heatwave spreading extremely hot and dry winds from Saudi Arabia across the Middle East. Locally, temperatures have climbed up to around +38 C (Lattakia, Syria and Beirut, Lebanon), up to around +42 °C in Israel (Kefar Nahum).
More than 100 wildfires have erupted in several towns and villages in Lebanon until late Monday night and continue today, Tuesday, Oct 15th. The affected towns and villages include Mechref, Kfar Matta, Daqoun, Zagharta and Dibbiyeh. Wildfires are spreading also around the city of Tartous, Syria. Numerous burned cars have been reported as well.