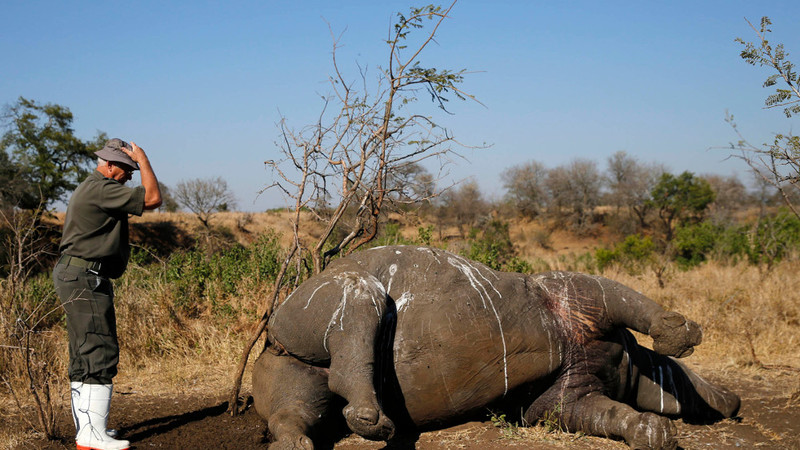 A crippling drought which is said to have brought millions of people in Zimbabwe facing the risk of starvation has reduced crop levels as the country slides into an ongoing economic crisis which is said to be much worse than during the Mugabe period which saw the cost of an egg rise to 100 billion Zimbabwe Dollars.

The drought is affecting wildlife too, at least 55 elephants have starved to death in Zimbabwe's Hwange National Park over the past two months amid a severe drought. "The situation is dire," Zimparks spokesman Tinashe Farawo said. "The elephants are dying from starvation and this is a big problem." The drought has massively reduced crop levels in Zimbabwe.

According to a report by the BBC, a third of the population is reportedly in need of food aid in the midst of. In August, a World Food Programme report said two million people were at risk of starvation in the country.

Some of the elephants were reportedly found within 50 metres (yards) of water pans - suggesting they had travelled far and died just before reaching them. The elephants have caused "massive destruction" of vegetation in Hwange, Mr Farawo said. The park can handle about 15,000 elephants but currently has more than 50,000. Zimparks - which does not get government funding - has been trying to drill wells but lacks the money to continue, Mr Farawo added. Their bodies have been spotted at empty watering holes - at least 55 dead elephants in the past two months alone, the victims of a devastating drought that is now threatening the lives of humans and wildlife alike.

In Zimbabwe's giant Hwange National Park the problem is not just a lack of rain, but far too many elephants. Overcrowding has prompted the animals to stray outside the park to hunt for food. In the process, officials say, they have already killed 22 local villagers this year. And behind all this lurks the issue of money. Zimbabwe's economic crisis means no funds to manage wildlife properly.