Record-breaking Hurricane Lorenzo morphs into a category 5 hurricane: The second Atlantic hurricane to reached CAT5 to impact the UK next week

Record-breaking Hurricane Lorenzo morphs into a category 5 hurricane the strongest on record so far North and East in the Atlantic Basin and is on course to batter Ireland and the UK next week.

Hurricane Lorenzo intensified into a Category 5 hurricane Saturday night, smashing a record for the easternmost Atlantic hurricane to attain such a strong intensity, and poses a danger to the Azores this week. It is now the second Atlantic hurricane to have reached CAT5, after hurricane Dorian which devastated the Bahamas earlier in the month.
Lorenzo rapidly deepened Saturday from Category 3 status with estimated maximum sustained winds of 115 mph at 11 a.m. EDT to Category 5 status with winds of 160 mph just 12 hours later.
This is by far the farthest east in the Atlantic Ocean any of the previous 35 Category 5 hurricanes have occurred in records dating to the 1920s according to the Weather Channel. 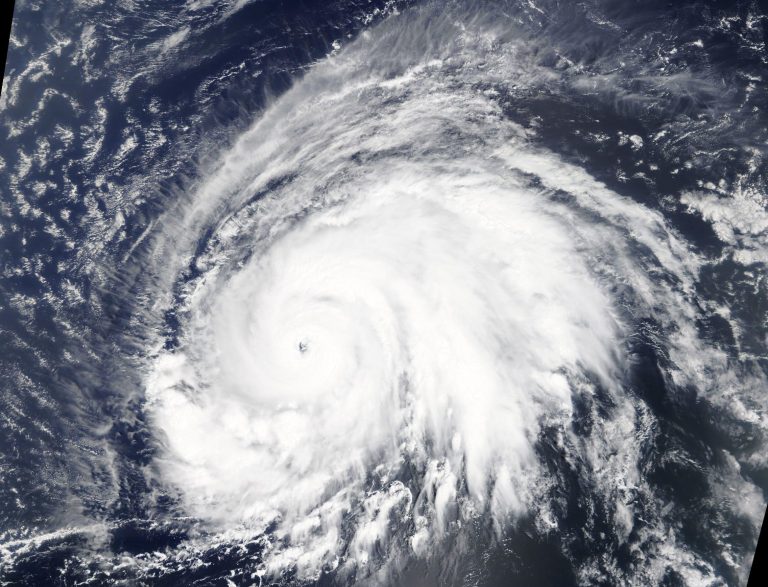 Lorenzo also had the lowest pressure for a hurricane east of 50W on record on Saturday evening and has been a major hurricane for the longest period of time east of 45 degrees West longitude on record, according to Colorado State University tropical scientist, Phil Klotzbach.
Lorenzo was the second Category 5 hurricane of the 2019 Atlantic hurricane season and was the sixth such top-end hurricane to form in the Atlantic Basin in a little less than three years, following Matthew, Irma, Maria, Michael and Dorian.

Hurricane Lorenzo should impact the UK late next weak as a tropical storm. Hurricane Humberto caused torrential rain and flooding last week in the UK.