The major quakes keep on coming 6 in 5 days: A magnitude 6.2 rocks the Philippines as geomagnetic storms impacting earth's magnetosphere are now subsiding. 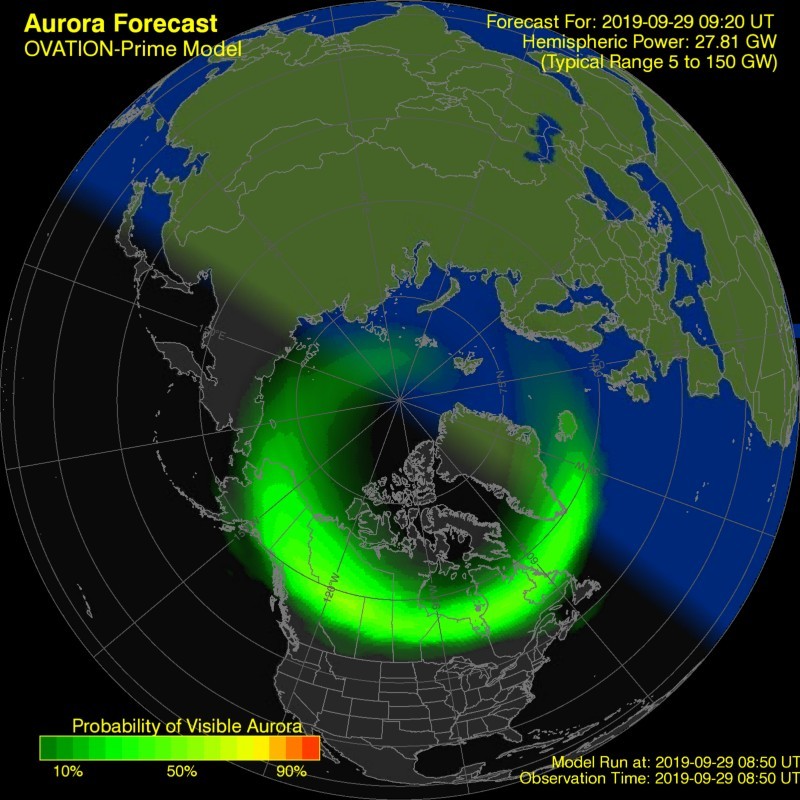 Credit: NOAA/Ovation. Aurora forecast Northern lights, or aurora borealis, put on an incredible show in September over several states, including Minnesota and Wisconsin.

The major quakes keep on coming, a magnitude 6.2 - 84km SSE of Pondaguitan, Philippines is the 6th major quake in just 5 days. Coronal activity and geomagnetic storms which have coincided with a burst of seismic and volcanic activity this week concluding in G1-class storms impacting the earth's magnetosphere, these storms are now subsiding. The coronal activity on the Sun and the geomagnetic storms have coincided with a flurry of major quakes and volcanic activity to impact our planet in the last few days