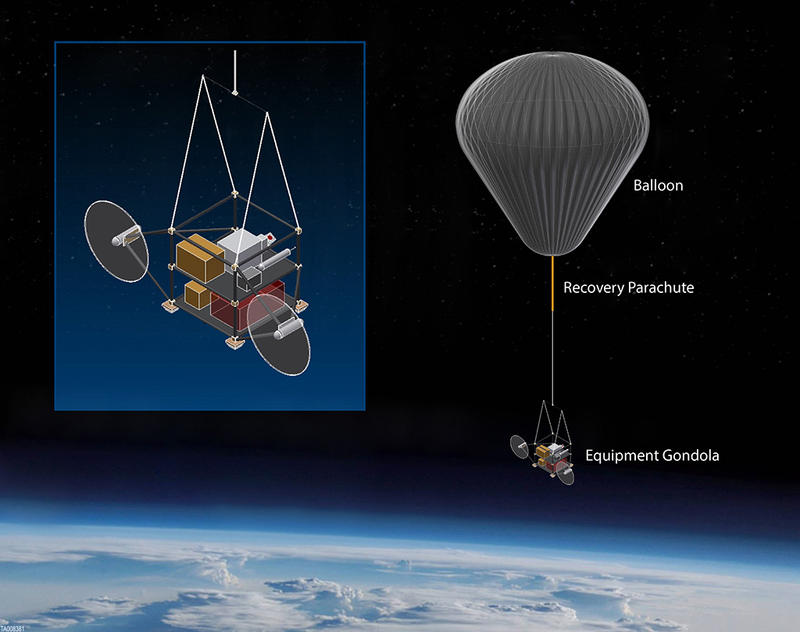 We plan (Harvard) to use a high-altitude balloon to lift an instrument package approximately 20 km into the atmosphere. Once it is in place, a very small amount of material (100 g to 2 kg) will be released to create a perturbed air mass roughly one kilometre long and one hundred meters in diameter. We will then use the same balloon to measure resulting changes in the perturbed air mass including changes in aerosol density, atmospheric chemistry, and light scattering.

I actually worked on Bill Gates superyacht, "The Serene," when it was in dry dock, Rotterdam back in 1997, I remember being amazed at the wonderful technology built into the superyacht and I thought at the time, Bill Gates is an amazingly smart guy.
Fast forward to 2019, Bill Gates wants to spray millions of tonnes of dust into the stratosphere to stop global warming, he wants to filter out Sunlite and bounce it back into space to cool the planet!

Conformation the lunatics are in charge of the asylum, yes they are...

Stratospheric Controlled Perturbation Experiment (SCoPEx) as it is known is already four decades into completion, Harvard University was kicking this idea around when I was working on Mr Gates's superyacht back in 1997.
One of the Harvard team's directors, Lizzie Burns, admits: 'Our idea is terrifying. Wow, you don't say Lizzie.

The project is being funded by billionaire and Microsoft founder Bill Gates and pioneered by scientists at Harvard University. Indeed, the plans are so well advanced that the initial 'sky-clouding' experiments were meant to have begun months ago.

What could possibly go wrong?
Well, it could trigger a disastrous series of chain reactions, creating climate havoc in the form of serious droughts and hurricanes, and bring death to millions of people around the world. Not to mention that spreading dust into the stratosphere may damage the ozone layer that protects us from hazardous ultraviolet radiation which can damage human DNA and cause cancers.

Climatologists are also concerned that such tinkering could unintentionally disrupt the circulation of ocean currents that regulate our weather. This itself could unleash a global outbreak of extreme climatic events that might devastate farmland, wipe out entire species and foster disease epidemics. The potential for disaster does not even end there. Trying to dim the Sun's rays would likely create climate winners and losers. Now that sounds like a good idea for a weapon right? There is a further peril. The technology involved is seductively cheap, perhaps less than $10 billion a year. This means that an individual nation could use it for their own ends — perhaps as a weapon of war or blackmail. What's to stop a nation such as Russia interfering with our weather in the same way it has interfered with elections and social media opinions? Nevertheless, Harvard scientists maintain that they can manage their brainchild safely.

So where did the idea for such a mind-boggling scheme come from?
According to the Daily Mail,  the inspiration was in part spawned by a natural disaster. When the volcano Mount Pinatubo in the Philippines exploded in 1991, it killed more than 700 people and left more than 200,000 homeless. As a result, global temperatures were reduced by 0.5c for around a year and a half. But it also gave scientists the chance to monitor the consequences of a vast chemical cloud in the stratosphere. The volcano disgorged 20 million tonnes of sulphur dioxide high above the planet, where it formed droplets of sulphuric acid that floated around the globe for more than a year. These droplets acted like tiny mirrors to reflect sunlight.


SCoPEx is a scientific experiment to advance understanding of stratospheric aerosols that could be relevant to solar geoengineering. SCoPEx will make quantitative measurements of aspects of the aerosol microphysics and atmospheric chemistry that are currently highly uncertain in computer simulations. It is not a test of solar geoengineering per se. Instead, it will observe how particles interact with one another, with the background stratospheric air, and with solar and infrared radiation. Improved understanding of these processes will help answer applied questions such as, is it possible to find aerosols that can reduce or eliminate ozone loss, without increasing other physical risks?
At the heart of SCoPEx is a scientific balloon, fitted with repurposed off-the-shelf airboat propellers. The repurposed propellers serve two functions. First, the propeller wake forms a well-mixed volume (roughly 1 km long and 100 meters in diameter) that serves as an experimental ‘beaker’ in which we can add gasses or particles. Second, the propellers allow us to reposition the gondola to different locations within the volume to measure the properties of the perturbed air. The payload can achieve speeds of a few meters per second (walking speed) relative to the surrounding air, generally for about ten minutes at a time.
The advantage of the SCoPEx propelled balloon is that it allows us to create a small controlled volume of stratospheric air and observe its evolution for (we hope) over 24 hours. Hence the acronym, Stratospheric Controlled Perturbation Experiment. If we used an aircraft instead of a balloon, we would not be able to use such a small perturbed volume nor would we be able to observe it for such long durations.
SCoPEx builds on four decades of research on the environmental chemistry of the ozone layer in the Anderson/Keith/Keutsch groups. Four decades already? SCoPEx will use or adapt many of the high-performance sensors and flight-system engineering experience developed for this ozone research. Analyzing these experiments will improve our knowledge beyond what is currently available within computer models or is measurable with confidence under laboratory conditions.
What is the experiment?
We plan to use a high-altitude balloon to lift an instrument package approximately 20 km into the atmosphere. Once it is in place, a very small amount of material (100 g to 2 kg) will be released to create a perturbed air mass roughly one kilometre long and one hundred meters in diameter. We will then use the same balloon to measure resulting changes in the perturbed air mass including changes in aerosol density, atmospheric chemistry, and light scattering.
What material will be released?
Initially, we may release ice (frozen water) to make sure the instrumentation works properly. Later, we plan to release calcium carbonate a cloud of common mineral dust. We may also release other materials such as sulfates in response to evolving scientific interests.
Do other environmental science experiments release materials outdoors?
Yes. A number of environmental science experiments release or have released materials outdoors to create controlled perturbation for the same essential reason as we plan to do in SCoPEx—to directly control an experimental variable, which is crucial to scientific understanding. Examples of experiments include Free-Air Carbon Dioxide Enrichment (FACE) experiments, which release ozone and carbon dioxide (CO2) in the air for long durations to understand the impacts of climate and air pollution on crops and natural ecosystems; or Dispersion of Air Pollution and its Penetration into the Local Environment (DAPPLE) experiments, which have released sulfur hexafluoride (SF6) and perfluoromethylcyclohexane into urban air to study the transport of air pollutants. These experiments differ in various ways, e.g., they have not released material into the stratosphere (the upper atmosphere); they are listed here to merely show that there are environmental science experiments that release materials outdoors.

You can read the whole Harvard paper here