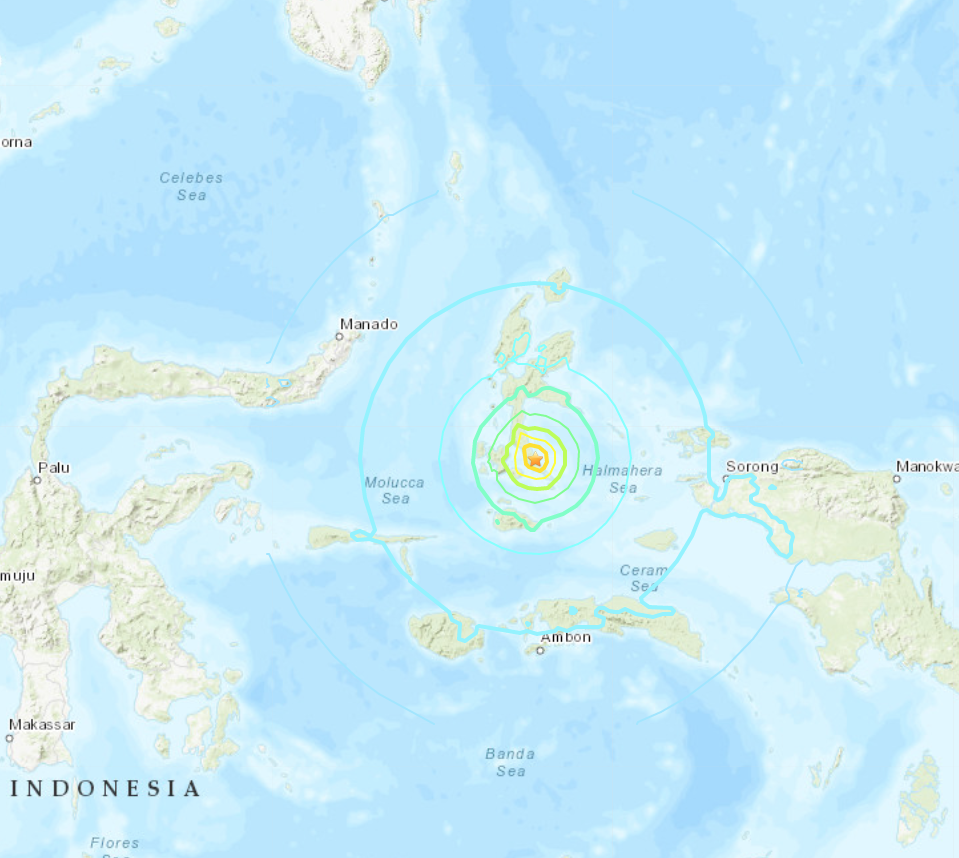 The flurry of powerful earthquakes continue, an earthquake with a magnitude of 7.3 struck southeast of the city of Ternate on Sunday, in the Moluccas in the eastern area of Indonesia, the U.S. Geological Survey reported.
The earthquake occurred at a depth of 10 km (6 miles) at an area 168 km south-southeast of Ternate, the USGS said. Indonesia’s meteorology agency said there is no tsunami potential from the quake.
A 5.8 magnitude aftershock followed around 30 minutes after, the agency website showed.

Earlier today, an earthquake of magnitude 6.9 struck west of the beach resort of BroomeAccording to Reuters, there were no immediate reports of damages or casualties in the quake, which the agency said hit at a depth of 33 km (21 miles), about 203 km (126 miles) offshore from the town in the state of Western Australia.The latest quake brings the total of major quakes (mag 6+) to 86, incredibly all but 7 of them striking along the Pacific Ring Of Fire.Incredibly, the last 40 major quakes this year, going back to the 3rd of May have occurred along the Pacific Ring Of Fire.The Indonesian quake was the 9th major quake of July.

Are you a Business man or Woman? Are you in any Financial mess or do you need Funds to start up your own Business? Do you have a low credit score and you are finding it hard to obtain capital loan from local banks and other financial institutes ?

We offer a wide range of financial services which includes:

Note: Interested individuals must send a message to us via: Howardfinancial.dwn@gmail.com for information on how to avail a loan today.