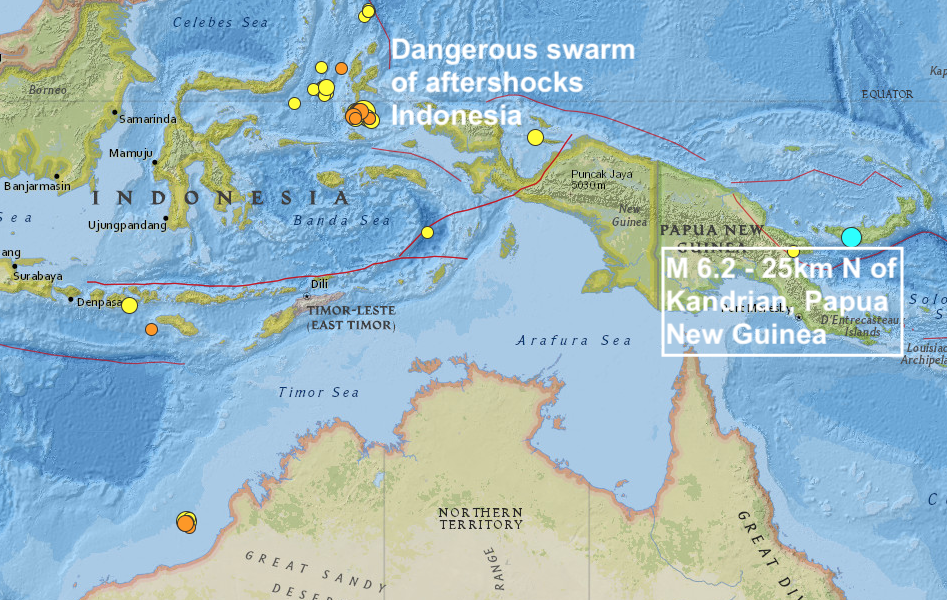 USGS
A magnitude 6.4 (reduced to a 6.2) - 25km N of Kandrian, Papua New Guinea is the 5th major quake to strike the planet in the last 4 days.
The quake struck 26 km (14 miles) north of Kandrian, in New Britain, at a depth of 33 km.
There were no immediate reports of damage.
Nearby Indonesia’s Moluccas islands were hit by scores of aftershocks on Monday after a magnitude 7.3 earthquake killed at least two people, prompting hundreds of people to flee their homes on Sunday.
The earthquake swarm occurred at an area 168 km south-southeast of Ternate.

Meanwhile, the Southern Californian aftershock phenomenon, known as "swarmageddon" by locals after the mag 7.1 quake two weeks ago has increased yet again.
The total has risen to 750 in the last 24 hours after the count appeared to be declining yesterday, see map below. 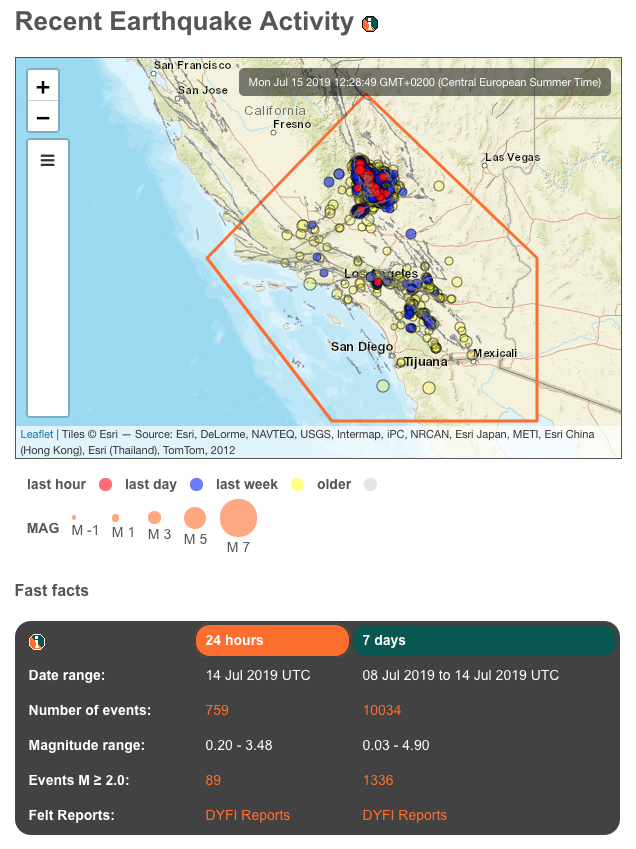