More than one million people in Japan have been ordered to leave their homes amid warnings of landslides and floods. 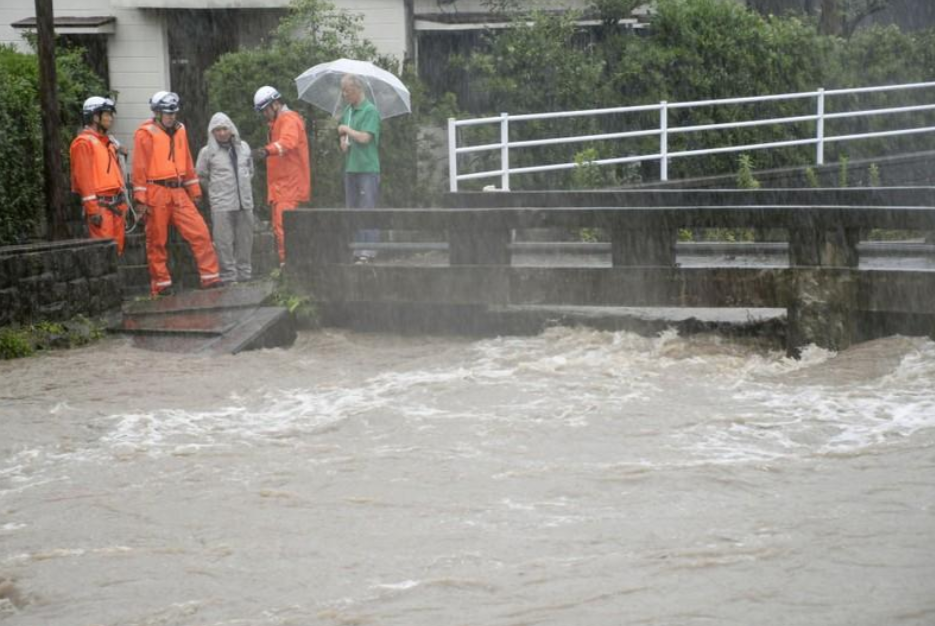 More than one million people in Japan have been ordered to leave their homes amid warnings of landslides and floods.
Residents of the island of Kyushu were told to 'take steps to protect their lives' due to the heavy rain in the area.
One elderly woman in Kagoshima city died after a mudslide hit her home.
The entire populations of Kagoshima city, Kirishima and Aira were ordered to leave, while another 930,000 people in the south of the island were also advised to evacuate.
One woman in an evacuation centre told NKH: 'I live alone next to a river, and it's scary to think of water rising', while another described the volume of rain as 'terrible'.
According to weather officials, 1,000mm (39in) of rain has fallen on the island since Friday.
The bad weather is also expected to continue into the next week, Japan's Meteorological Agency reports.
Japan's self-defence forces have been asked to assist with relief in the areas worst affected, Governor Satoshi Mitazono has said.
Kotaro Nogami, Japan's deputy chief cabinet secretary, said 14,000 ground troops were on standby for emergency rescue and search operations.
Shinzo Abe, Japan's prime minister, said residents should 'take steps to protect their lives, including early evacuation' and urged them not to leave it until the last minute.
He was previously criticized for the government's slow response to heavy rains in July last year.
The downpours triggered numerous landslides and floods, killing more than 200 people across the country.