Kuwait is the hottest country in the world, with the temperature hitting 52.2 degrees Celsius (126 deg F) in North Kuwait 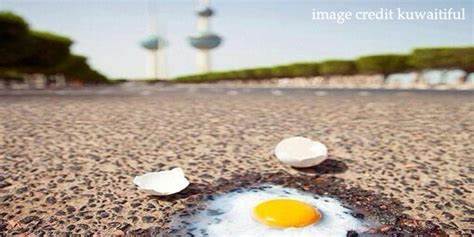 Kuwait was the hottest country in the world, with the temperature hitting 52.2 degrees Celsius (126 deg F) in the shadow, in the region of Matraba in North Kuwait, yesterday.
Saudi Astro-physician Dr Khalid Alzaak from the Arab Union for Astronomy and Space Sciences (AUASS), said that the temperature hit 49 degrees near Kuwait International Airport.
The torrid heatwave caused a peak in the electrical load, which increased by 600 megawatts to reach 13,500 MW, compared to Friday.
Sources expected the electrical load to exceed 13,800 MW Sunday, due to the peak in temperature for the three coming days.
Meteorologists forecast temperatures to hit 50 degrees Celsius tomorrow.