Japan partially reopened town next to the Fukushima plant in an effort to show the country is safe to host the 2020 Olympics as another mag 6.1 quake hits the area 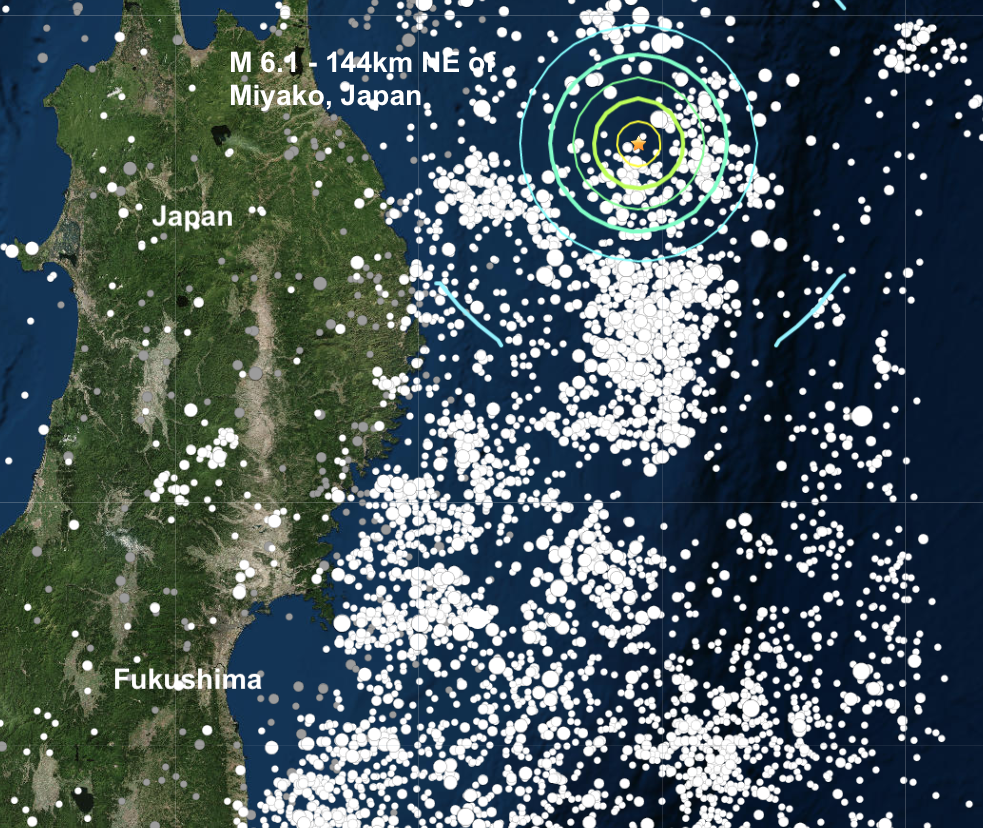 A magnitude 6.1 Earthquake struck the east coast of Honshu, Japan, which is the same area as the magnitude 9.0 quake and tsunami which caused the March 2011, Fukushima disaster which is still leaking radiation into the Pacific 8 years later.
It is yet another warning to the Japanese government who are desperately trying to show the world that TEPCO, the stricken Fukushima plant owners and the Japanese government are united, claiming the country is safe by hosting the 2020 Olympic Games.
The Japanese government are focussing on the games while their unsuccessful attempt to clean-up the ongoing spread of leaking radioactivity from Fukushima approaches its first 10 years since the disaster.
According to the Guardian, the town next to the wrecked Fukushima Daiichi nuclear power plant partially reopened on Wednesday, eight years after a triple meltdown forced tens of thousands of people in the area to flee.
About 40% of Okuma, which sits immediately west of the plant, was declared safe for residents to make a permanent return after decontamination efforts significantly reduced radiation levels.
However, media reports said just 367 people from Okuma’s pre-disaster population of 10,341 had registered as residents, suggesting that very few people will return to neighbourhoods that have been abandoned since a deadly earthquake and tsunami triggered a triple meltdown at the nuclear plant in March 2011.
The meltdowns at three of Fukushima Daiichi’s six reactors caused massive radiation leaks, forcing 160,000 people to evacuate while releasing billions of tons of toxic water into the Pacific