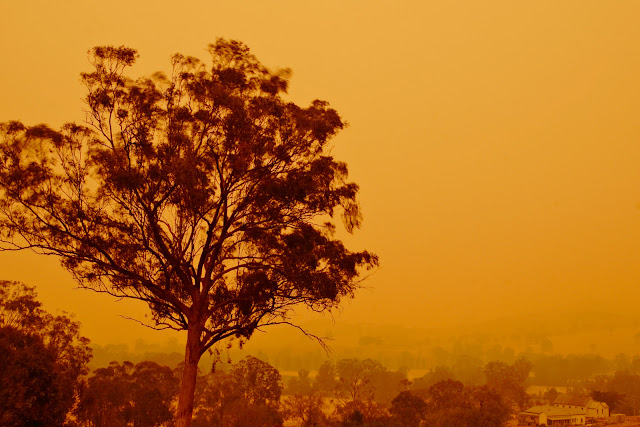 Photo Wikipedia
Queenslanders are sweating through the hottest March heatwave in 52 years after the mercury hit 40C on Monday.
As many endure more blistering temperatures on Tuesday meteorologists have also warned that a massive thunderstorm is barrelling towards Australia's east coast.
A severe weather warning was issued on Monday and thunderstorms are expected to hit the Sunshine Coast and Gympie on Tuesday afternoon.
It comes after a slow-moving low-pressure trough directly over Queensland led to the hot air mass hitting the state's southeast yesterday.
Gatton, in the state's south-east, recorded a sweltering 40C just after 1pm - its highest March temperature since 1965.
According to the Weatherzone website, Warwick also endured a record-breaking 37.4C.
Ipswich also sweltered in highs of 38.6C and Gayndah sweated through 39.8 degrees.
Severe weather warnings were also issued on Monday as Coolangatta and areas north of Noosa Heads were battered by storms, strong winds and hailstones.
On Tuesday, the hot weather is expected to continue in Queensland with temperatures expected to reach 36C.
After Australia suffered its hottest month ever in January when heat records tumbled, they were hit with once-in-a-century flooding in parts of the eastern Australian state of Queensland in February.
Two years rainfall fell in an incredible seven days
The hottest start to autumn in 30 years resulted in an explosion of wildfires in the Australian state of Victoria.
Parts of Australia have already endured the hottest January ever, the wettest February and now Victoria is enduring the hottest start to autumn and Queensland now registered the hottest March heatwave in 52 years.
As well as the record-breaking start to 2019 Australia have also suffered millions of dead fish, thousands of dead bats and birds, thousands of cattle deaths and serious crop and agriculture damage.