Hell on Earth: Hottest January ever! Wettest February ever! Hottest start to autumn ever as an explosion of wildfires hit Victoria Australia. 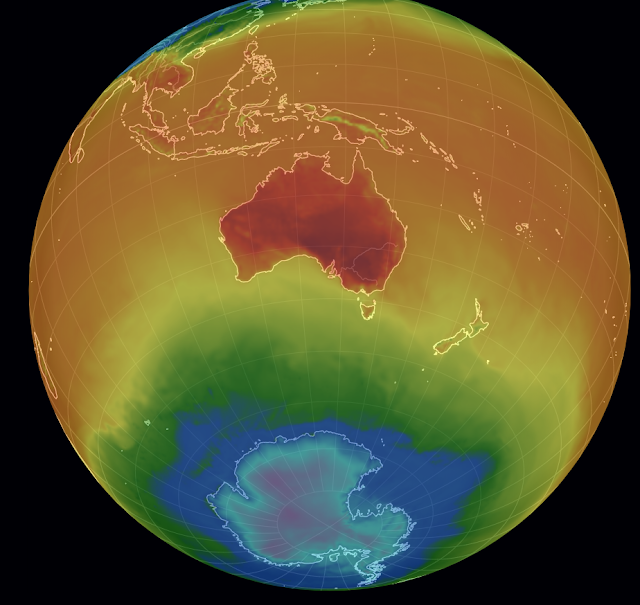 Here we go again, the hottest start to autumn in 30 years has resulted in an explosion of wildfires in the Australian state of Victoria.
Parts of Australia have already endured the hottest January ever, the wettest February and now Victoria is enduring the hottest start to autumn ever.
According to Reuters, firefighters battled 25 blazes across the Australian state of Victoria on Sunday as a record-breaking heatwave delivered the hottest start to March on record for the southern third of the country.
The continent is prone to deadly blazes thanks to its combination of remote terrain, high summer temperatures and flammable eucalyptus bush.
A severe four-day heatwave has brought fire weather across the southern parts of Western Australia, South Australia, Victoria and Tasmania over the weekend.
The south-eastern state of Victoria was the worst hit, with more than 2,000 firefighters, water-bombing aircraft and volunteers battling blazes on Sunday.
We are just 62 days into 2019 but already Australia has suffered two months of hell on Earth: After record-breaking heatwave which saw temperatures nudge 50 deg C (122 deg F) in January and almost 2 years rain in 7 days sank Queensland in February, both events having a disastrous result on wildlife deaths.
Now, 3 days into March broken heat records in four states have hit the southern coastline.
Temperatures in Tasmania, Australia’s southernmost state, reached 39.1 degrees Celsius (102°F) on Saturday, the hottest in 131 years.
In 2009, the worst bushfires on record destroyed thousands of homes in Victoria, killing 173 people and injuring 414 on a day the media dubbed “Black Saturday”.
Australia’s hottest summer on record is causing several industries to wilt, including the $4.4 billion wine industry with grape yields set to drop to the lowest in years.
The drought has also damaged the winter wheat crop and is expected to drag the wool clip to a record low.
The Pacific nation had its third warmest year on record in 2018, a year marked by severe drought in parts of the country and a prolonged bushfire season.
Australia continued the trend into 2019 with its hottest January on record.