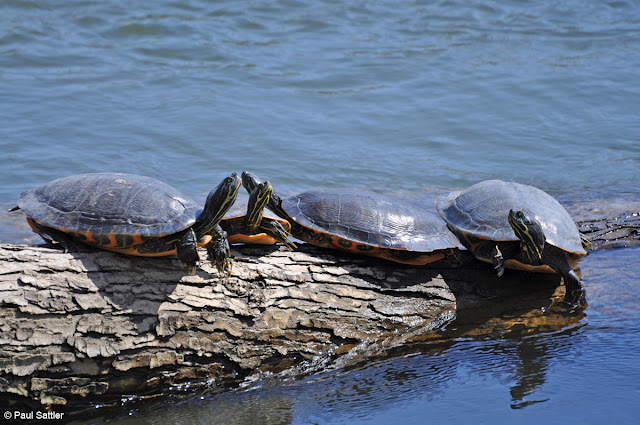 The Florida Fish and Wildlife Conservation Commission says an unknown virus may be to blame for hundreds of turtles dying in the St. Johns River.
According to a spokesperson for the commission, scientists at the University of Florida have identified a novel virus in 18 dead turtles discovered along the river.
They say the virus seems to be a common link in the samples.
Since last March, FWC says more about 300 fresh-water softshell and cooter turtles have been reported dead or sick in the massive river.
Experts say it doesn't appear the toxic algae is contributing to the deaths, nor do any other types of animals seem to be affected.
The commission says they will continue to take samples and study the virus in order to learn more about what's going on.
To prevent the virus from spreading, wildlife officials say freshwater turtles should not be captured or released in new locations.
Investigators plan more studies to better understand the virus.

It has been one of The Big Wobble's biggest and most tragic stories of the last one and a half years.
A Florida red tide outbreak close to 16 months old has killed more sea turtles than any previous single red tide event on record, and manatee deaths are not far behind.
The Florida Fish and Wildlife Conservation Commission attributed 589 sea turtles and 213 manatee deaths to this episode of red tide, which began in late 2017.
It had also killed 127 bottlenose dolphins as of the beginning of 2019, leading the National Oceanic and Atmospheric Administration to declare an unusual mortality event.
Combine manatee deaths from red tide, human actions, cold stress and other causes was 824, according to a preliminary FWC report.
According to the Herald Tribune, a previous die-off killed 803 manatees in 2013 during another red tide bloom.
Preliminary data from FWC showed that the 824 manatee deaths in 2018 from both red tide, sickness and human-related causes surpassed the previous record of 803 set during another red tide outbreak in 2013.
Apart from the manatee, sea turtles and bottlenose dolphins deaths, it is thought billions of fish and countless birdlife have also died.
Because of the partial U.S. government shutdown, NOAA has not provided updates for dolphins on its UME website.
Dolphin strandings spiked in August and November, but have begun to slow down as red tide shows signs of weakening along the Southwest Florida coast.
Don MacAulay of Englewood said he felt the effects of the airborne toxins — a nearly 150-mile by 20-mile wide bloom at its peak — driving over the bridge to Manasota Key.