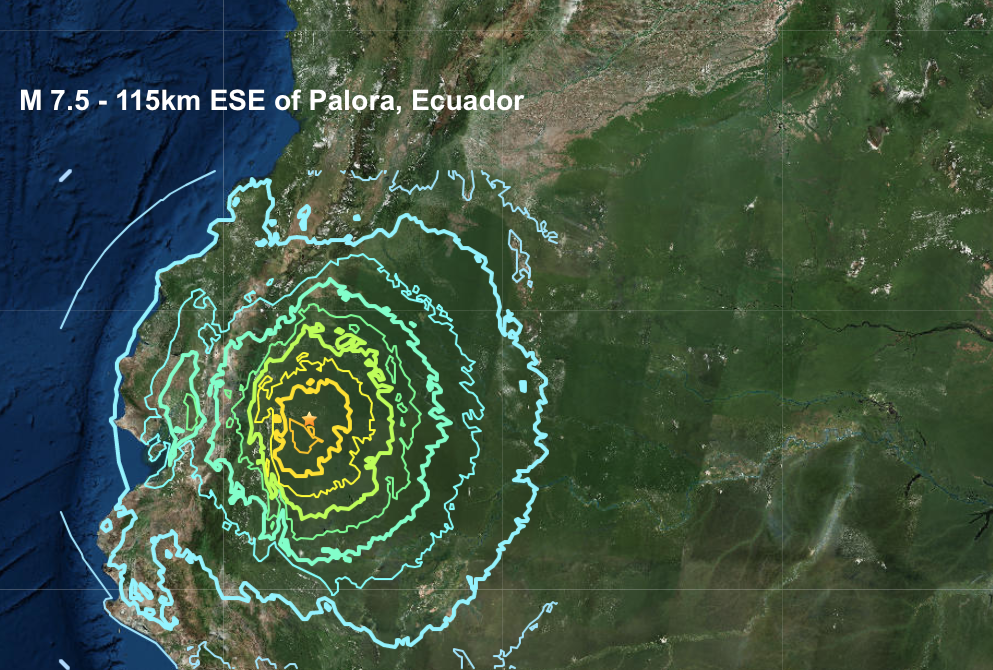 It is the biggest quake of the year so far, the earthquake, which happened near Ambato, Ecuador, has also been felt in Peru and Colombia, United States Geological Survey says.
The massive earthquake has rocked Ecuador at the border with Peru.
The quake initially measured magnitude 7.7 but no scaled down to magnitude 7.5, has been felt in both countries and parts of Colombia.
It happened around 224km (140 miles) east-southeast of Ambato, Ecuador, the United States Geological Survey says.
Videos and photos of the devastation have started to emerge on social media. In one image, a woman shudders and protects her face as she leaves her home.
Families have been pictured running from buildings in fear in major cities.
Emergency services have rushed to the worst-hit areas to help assist with evacuations. No tsunami warnings are in place.
The area, close to the idyllic Pacific Ocean coastline, is said to be popular with British holidaymakers.
Today's quake is the 5th major quake of February and the 17th of 2019.
The quake came as usual during a stream of solar wind from a coronal hole which is buffeting Earth's magnetic field, and this is causing geomagnetic unrest around the poles.