Arkhangelsk, Russia to introduce a state of emergency after a large group of aggressive polar bears have moved into town entering homes 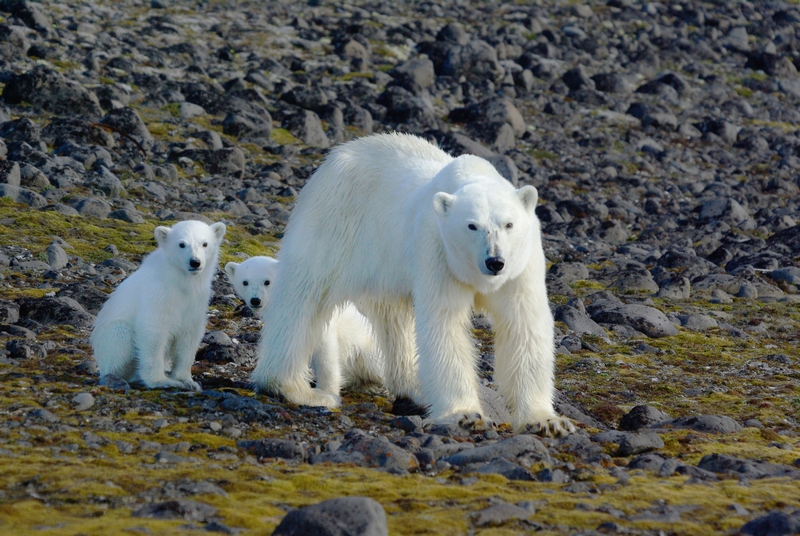 On Saturday, regional authorities in Arkhangelsk in northern Russia decided to introduce a state of emergency for the settlement on the southern island on Novaya Zemlya.
Military people have since December been patrolling and guarding the streets to ensure safety but without the desired effect.
The polar bears no longer react to noise- and light signals from the guards patrolling with cars and dogs, the statement issued on Saturday by Arkhangelsk officials reads.
Consequently, the state of emergency is declared and a task force to assess the situation is now on its way to Novaya Zemlya.
Belushaya Guba is the main settlement on the Arctic archipelago, largely home to military personnel and their families.
The military air base Rogachevo is a few kilometres outside of town.
There are about 560 people living in the settlement, including children in school- and kindergarten age.
"From December 2018 to February 2019 a large group of polar bears have stayed around the settlement.
There are 52 polar bears inside the territory of the village," says Deputy Head of the municipal administration of Belushaya Guba, Aleksandr Minaev, in a statement posted by the press-service of Arkhangelsk Oblast.
Minaev says some of the bears are aggressive and have entered residential- and office buildings. "People are scared, afraid to leave their houses.
Their daily activities are disrupted, parents are afraid to let the children go to school and kindergarten," Aleksandr Minaev, explains.
So far, Russia's Federal Service for Supervision of Natural Resources has refused to permit shooting the most aggressive polar bears that have attacked people.
Polar bears are on the Red List and have been protected in the Russian Arctic since 1956.
The Arctic is in transition, heading towards a warmer future with less ice, with maybe far-reaching implications for the king of the Arctic - the polar bear.
In recent years, polar bears have more frequently approached coastal towns in northern Russia, both on the mainland and on the archipelagoes.
Due to shrinking sea ice, the bears are often stranded on shore. Either because the sea ice retreat from shore much earlier in summer than before, or like on Novaya Zemlya, the sea simply does not freeze any more during winter.
Ice-map provided for the area by the Norwegian Meteorological Institute's Ice Service from Friday shows how the Kara Sea off the east coast of Novaya Zemlya is packed with very close drift ice, while there are mostly very open drift ice and open water along the west coast where Belushaya Guba is located.
The experts now on their way to Belushaya Guba hope to find ways to scare away the bears from the settlement.
However, if nothing else works to resolve the situation, shooting animals may become the only and necessary measure to ensure safety, the statement from Arkhangelsk authorities reads.
Zhigansha Musin is head of the municipal administration on Novaya Zemlya.
He has been in town since 1983 and says he has never before seen such massive invasion of polar bears.
"The animals are literally chasing people and are even entering the entrances of residential buildings," Musin tells.
A warning posted on the portal of the municipality informs the inhabitants on how to behave to avoid polar bears from attacking.
Stay away from the bears is rule No. 1.
However, if the bear attacks and you can't get away, the warning tells you how to reduce the risk of death or serious injury:
"Lay down, press your head against your knees, cover it with your hands and do not move."
The state of emergency is introduced without a time limit; it will last until the security of the local population is ensured.