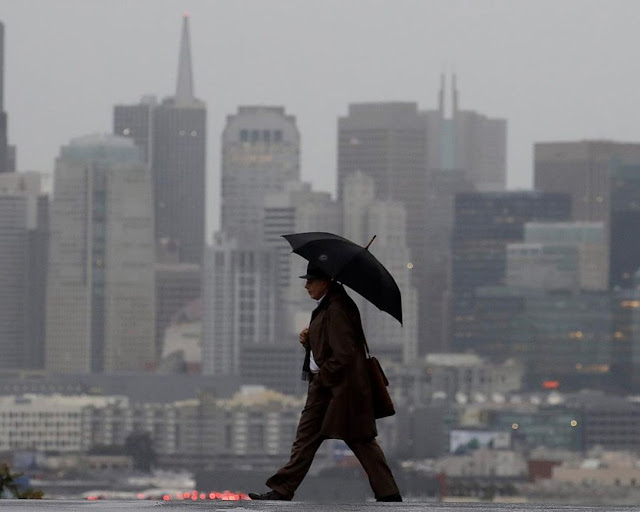 California, suffering a drought from last summers heat waves has received a mind-boggling 18 trillion-gallons, (I tried hard to convert this number into litres and failed miserably) but it is enough to fill 27 million Olympic-sized pools, in just 20 days this February, and the state's wild winter isn't over yet.
The totals are likely to increase this week as another storm rolls into the region on Wednesday night.
According to MSN Weather, A series of storms, including a moisture-packed atmospheric river that slammed the state last week, has brought consistent rainfall in February that has reached nearly half the volume of Lake Tahoe.
Temperatures will remain chilly through the week.
By Friday, highs will increase slightly to the mid-50s and low 60s, Phillips said.
The cold snap has already dropped temperatures into the low 30s in Southern California and into the 20s in the Bay Area and along the Central Coast.
Temperatures in Long Beach fell to 39 degrees overnight, tying a previous record set in the coastal city in 1965,  some other local areas also might come close to record-breaking low temperatures in the coming days.
The deluge began on the fifth of February when 6ft, (almost 2 metres) of snow fell in just 24 hours in parts of California breaking a 100-year record.
The incredible amounts of snow fell throughout parts of the Mountain West after a one-two punch from winter storms Kai and Lucian.
The Sierra Nevada, straddling the border between California and Nevada, has been particularly hard-hit, where one ski resort tallied 6 feet of snow in just one day.