Earthquakes in strange places: A mag 5.5 strikes Zimbabwe leaving villagers in a state of panic and terror: Not reported on USGS 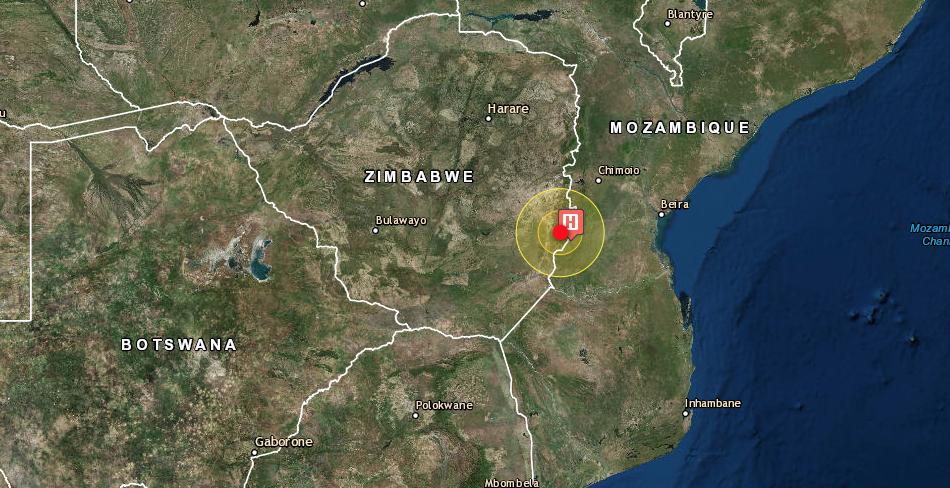 RSOE Alertmap
The 5.5 magnitude earthquake which hit Chipinge has left villagers in a state of panic and terror.
The earthquake which struck at 7.40 am this morning was also felt in other parts of Zimbabwe.
The Meteorological Service Department Spokesperson, Mr Rich Zinyemba said they are still investigating the effects of the earthquake.
The tremor affected at least 40 homesteads, destroying less strong buildings and granaries, and leaving cracks on some houses in the Beacon area of Chipinge, which is less than 2kms from the border with Mozambique.