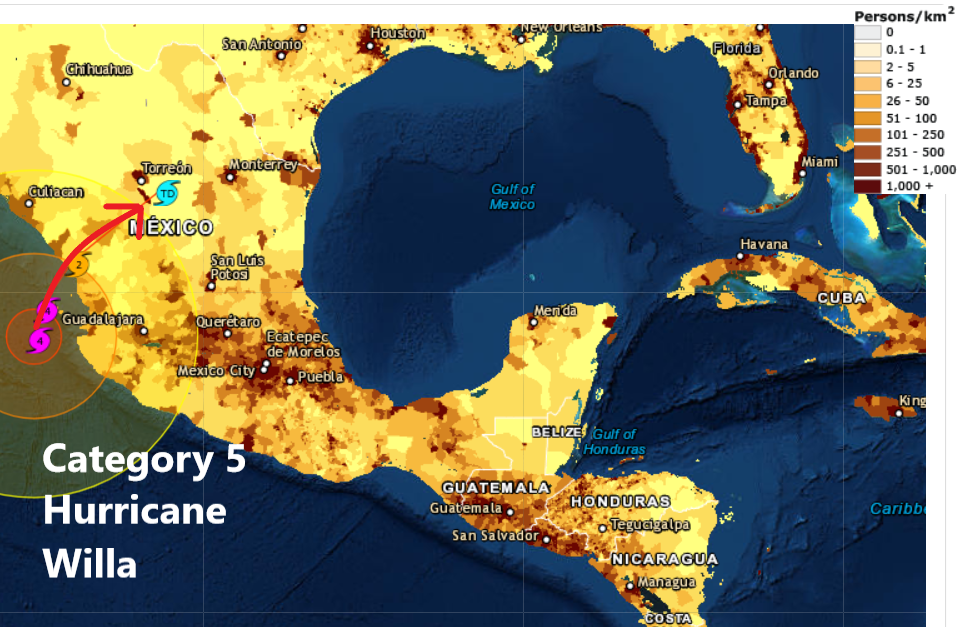 On Oct. 22, the National Hurricane Center or NHC noted that “Will became a potentially catastrophic category 5 hurricane on the Saffir-Simpson hurricane wind scale and is expected to produce life-threatening storm surge, wind, and rainfall over portions of west-central and southwestern Mexico.”
Winds of 150 mph, 240 km/h are expected as Willa continues to gain strength and is expected to deliver rainfall of up to 46cm (18in) along parts of south-west Mexico, the NHC said on Monday.
"This rainfall will cause life-threatening flash flooding and landslides," it added.
Willa is expected to make landfall on Mexico's south-western coast on Tuesday and is "potentially catastrophic", the National Hurricane Center (NHC) warned.