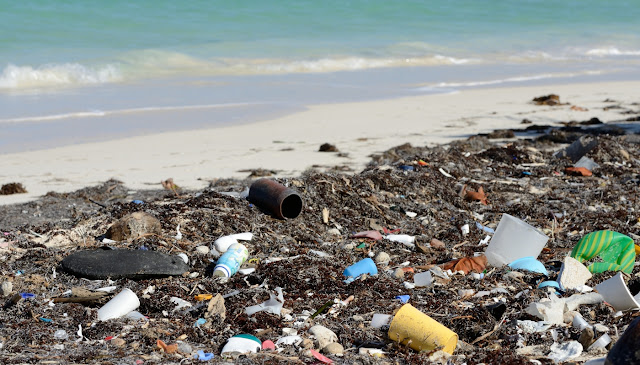 The invasion of jellyfish this summer has seen a huge increase in the tonnage of organic matter cleared from the coastline of western Costa del Sol.
A wider fleet of seaboard boats worked a month longer this holiday season and collected 80 tonnes of jellyfish and other organisms compared to 1.2 tonnes during the same period last year (June 1 to September 15).
Additionally, 90 tonnes of plastic was removed from the shores and beaches this year, compared to just four tonnes last year.
And some 99 tonnes of algae was disposed of.
In Marbella alone, more than 27 tonnes of jellyfish and organic matter was cleared, representing 34 per cent of the total. Almost 18 tonnes was recovered in Estepona, followed by Fuengirola, with 8.7 tonnes, Mijas (8), Torremolinos and Benalmadena (5.6), Manilva (4.2) and Casares (with 2.4 tonnes). Aula del Mar biologist, Jesus Bellido, said that while the presence of jellyfish is normal, with the usual upswings in spring and autumn, 'what has not been normal is the large amount this summer'. The University of Malaga, the county council, and authorities with the west and east coast of the region are backing research related to the 'improvement of the sea' which is already being undertaken by Malaga Costa Del Sol Board of Coastal Sciences.