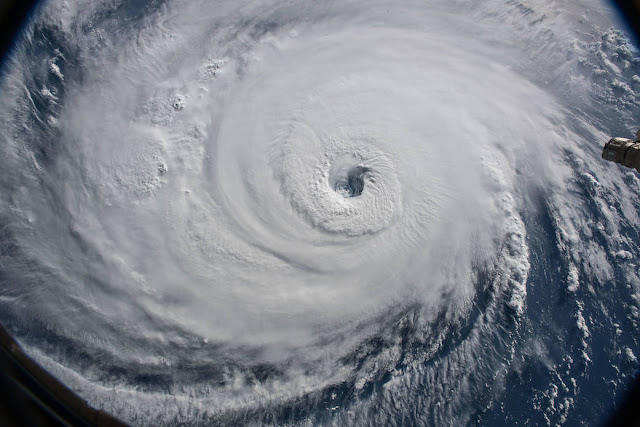 With the death count now at 17 a city of 150,000 has been totally cut off following Hurricane Florence.
The coastal city of Wilmington, North Carolina, is completely cut off from the rest of the state as water levels rise.
About 400 people have been rescued from floodwaters in the city, described as an island within the state.
Tens of thousands of homes have been damaged with worse flooding to come as rivers fill to the bursting point.
According to Reuters, Florence, a onetime hurricane that weakened to a tropical depression by Sunday, dumped up to 40 inches (100 cm) of rain on parts of North Carolina since Thursday, and continued to produce widespread heavy rain over much of North Carolina and eastern South Carolina, the National Weather Service said.
“The storm has never been more dangerous than it is right now,” North Carolina Governor Roy Cooper told a news conference. Many rivers “are still rising, and are not expected to crest until later today or tomorrow.”
Some rivers were not expected to crest until Monday or Tuesday, the National Weather Service said.
More than 900 people were rescued from rising floodwaters and 15,000 remained in shelters in the state, Cooper said.
Downgraded to a tropical depression, Florence slowly crawled over South and North Carolina, dumping heavy rains on already flood-swollen river basins that authorities warned could bring more death and destruction.
AFP reported, "the water... has gone up 10-15 feet (3 to 4.5 meters) in a few days and it's supposed to keep rising for a few days."
North Carolina Governor Roy Cooper earlier told reporters "the strongest storm bands are dumping two to three inches of rain (5 - 7.5 centimetres) per hour" over regions that had already received up to two feet of rain.
"That's enough to cause flooding in areas that have never flooded before until now.
The risk is growing as well in the mountains, where rains could lead to dangerous landslides," he said.