The third major quake of the day is a little too close for comfort a powerful offshore mag 6.3 strikes 200 miles offshore from Oregon 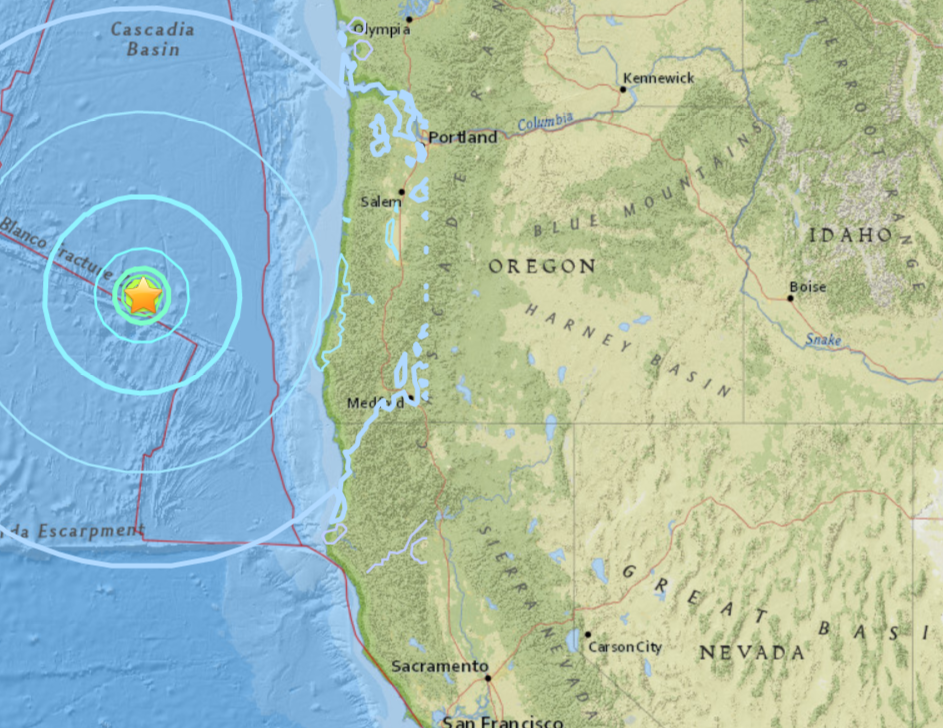 USGS
It's the third major quake of the day and it's a little too close for comfort, a powerful offshore earthquake with a magnitude of 6.3 hit 302 km (188 miles) west of Bandon, Oregon, on Wednesday, the United States Geological Survey (USGS) said.
The quake was recorded at a depth of about 10 km, according to the USGS website.
No immediate tsunami warning was posted.
Earlier in the day an extremely powerful magnitude 7.3 Earthquake - near the coast of Venezuela and a magnitude 6.5 - 79km E of Lakatoro, Vanuatu struck the planet, and once again the quakes come as our Earth is inside a stream of solar wind flowing from a massive coronal hole.

An incredible surge of major quakes has hit the planet in the last two weeks after an incredible low count this year up to the beginning of August when a flurry of major quakes have been registered around the world coming entirely out of the blue.
The surge of major quakes does, however, coincide with two enormous coronal holes which have been spewing solar wind at the Earth's magnetosphere during the same period of the quake flurry.
Just two weeks ago 2018 was on course to register the lowest count of major quakes this century.
A flurry of major quakes has been registered in a two week period when a massive coronal disturbance on our Sun has ejected a stream of solar wind from two giant holes on our Sun's atmosphere.Today's two major quakes bring the total in August to 18, easily the most in one month this year with the annual total to 69 so far.
Quakes