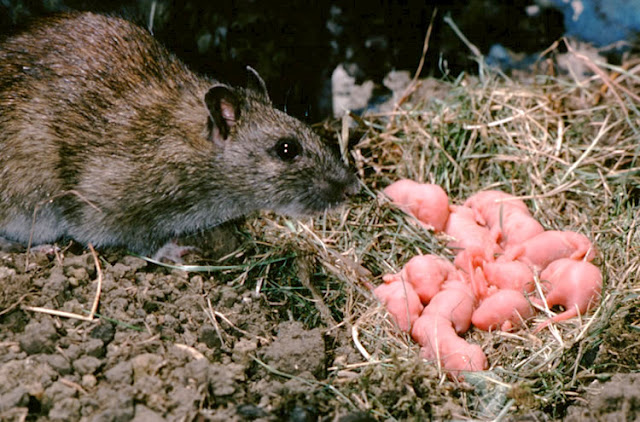 Photo wdfw.wa.gov
Highs in the mid-30s (+/-95°F) mixed with unsanitary conditions and lack of water have made Germany's major cities the perfect breeding ground for rats.
German publication Bild reports that Berlin has a particularly bad rat problem that began long before the European heatwave.
Sylvia Kostner from the State Office for Health and Social Affairs said the Capital's rat problem started five years ago.
She explained: "That's why in 2017 we had to put more than 10,000 control measures in place for the first time."
She goes on to explain that Germany's pest problem has exterminators "overworked".
Ms Kostner also said the issue has also been brought on by people having BBQs and picnics and leaving old food behind instead of clearing up after themselves.
In Leipzig, south-west of Berlin, Katja Gläß of the local waterworks said a major drought was making the rat problem even worse.
She said: "Due to the little rain, the retreat spaces of the rats in the sewers remain dry."
She explained that in the summertime rodents hide in the sewers to cool off and feast but that during the winter, rising water levels underground can turn it into a death trap for pests that drown there. This has become such a massive issue for the nation, authorities are in talks to hook up cameras inside the sewers to find out exactly where the rats are coming from.
They hope that in doing this they can conjure up a poison to kill them all off.
But outside Germany's labyrinth sewage system rats are thriving.
Females in particular are extremely versatile and can give birth to a litter of up to 18 cubs up to eight times a year.
They are also known to survive on things other than food such as paper, beeswax and even soap. Their extraordinary good sense of smell makes them masters at sniffing out food.
With more than 1,000 tiny receptors in the nose, the critters have a far better sense of smell than dogs. The rat plague in Germany is particularly dangerous as rats carry the notorious rat flea.
These creepy crawlies can harbour up to 70 different diseases.