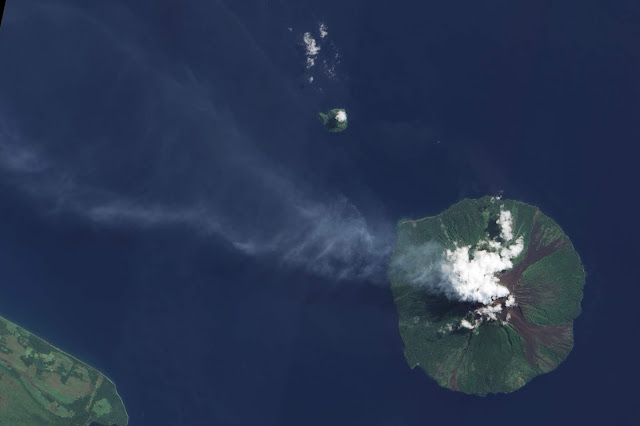 Photo Wikipedia
August has seen a plethora of major quakes and volcanic activity, unprecedented in my years as a blogger.
The volcano on Papua New Guinea's Manam Island has erupted again.
Manam, which lies off the coast of Madang Province, is one of PNG's most active volcanoes, last erupting in April 2017.
The eruption started in the early hours of this morning, and villagers there have reported thick ashfall and flashes of lava from the summit.
Sunlight has been blocked for much of the day.
A resident told PNG Loop that some of the island's people are planning to evacuate to the mainland. In 2004, a major eruption forced the evacuation of some 9,000 people from the island.
Many of them still reside at a camp on the outskirts of Madang.