The day the Sun disappeared! Mystery surrounds area of Russia larger than Italy when a summer day turned to night for almost three hours 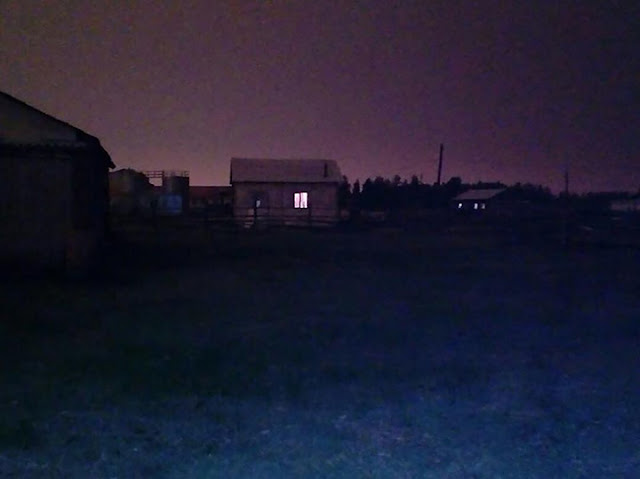 Photo Siberian Times
A bizarre incident is being reported by The Siberian Times after Russia’s coldest region - Yakutia suddenly went dark in the middle of a summer day.
After six day's there are still no explanations for the darkness which covered swathes of Yakutia (the size of Italy) amid conspiracy theories of a UFO, or a new weapons tests, a meteorite, or pollution from wildfires.
A rumour is doing the rounds about a light flash registered by the US satellites, followed by an increase of radioactive level and unusual activity of the military but this has not been confirmed.
The day suddenly turned to night around noon on Friday, and for almost three hours locals needed torches to see where they were going. 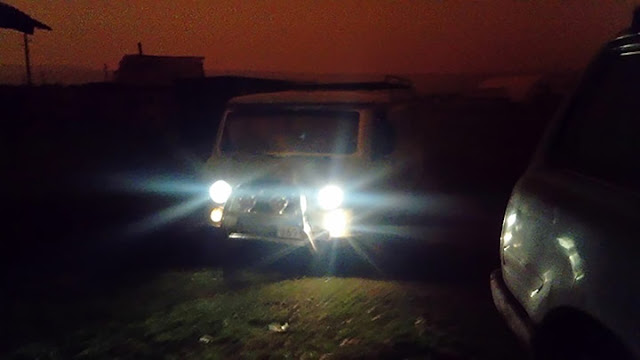 The area hit by the bizarre darkness now appears more extensive than first reported when it was said to have covered Eveno-Bytantaisky and Zhigansky districts of Russia’s coldest region - Yakutia.
Now reports say the sun dimmed in Verkhoyansky too.
The territory impacted by the mysterious gloom is larger than Italy.
The darkness had a ‘yellow’ tinge or was associated with dust clouds, say various versions.
An official in Nizhne-Bytantaisky settlement contradicted residents who had reported a thick layer of dust after the cloud and darkness vanished.
’There was no dust,’ he said.
At first, it looked like it was a strong thunderstorm coming.
‘The air went dark, and got darker and darker, but this time unlike anything else we have seen before the darkness had a rich yellow undertone.
‘It was very unusual.
‘We doubt the solar eclipse version.
‘Usually, weather stations and media inform everyone about eclipses in advance.
‘And no eclipse can last this long.’
‘People who live here for many years said they had never witnessed anything like this.’
‘The darkness was pitch black.
‘The Sun was gone from 11.30 until 14.00 on Friday 20 July.'
‘There was no dust.
Many were coming outside, so many witnesses can confirm that there was no dust.
‘There was no sharp decrease in air temperature either as it happened.
But on that night the air dropped down to -4C.