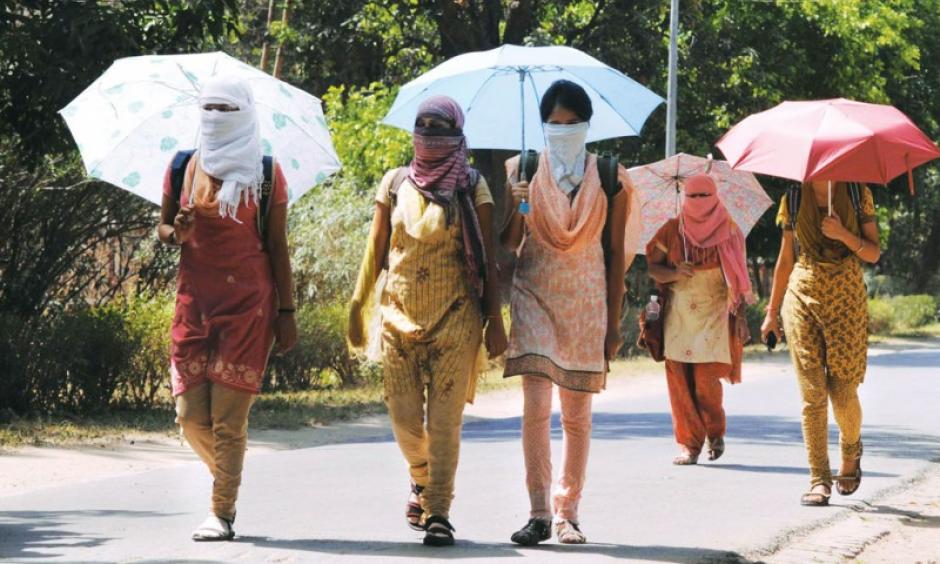 Photo climatesignals.org
On Friday, the maximum temperature for the first time in the season touched 45°C, (113 deg F) in the city.
As the state sizzles in heat, a man in forties died due to heatstroke in the district.
Ahmedabad was the second hottest place in the state on Friday after Surendranagar which recorded 44.3°C.
the state capital also reported 43.2 degrees.
According to the India Meteorological Department (IMD) website, the temperature for Ahmedabad was 2.3 degrees higher than normal whereas the night temperature of 28.4 degrees was 1.5 degrees higher.
The website mentioned that there is no respite from the heat for at least next two days.
The heatwave swept across the northern region of the state as Aravalli, Sabarkantha, Mehsana, Patan and Banaskantha crossed 43 degrees mark on Friday.
According to Malpur police, a body of an unidentified man was found from near the village of Aravalli district.
The man was taken to district referral hospital where post-mortem revealed heatstroke as cause of his death, said , sub-inspector of Malpur police station.
Weathermen said the temperature generally reaches at its peak after mid-May.
The last time it had touched 44 degrees in the second week of May was in 2009.
The highest temperature recorded for Ahmedabad was 48 degrees on May 20 in 2016.
Physicians have advised citizens to reduce exposure during afternoon hours.
Dr Kaushik Bagda, RMO, VS Hospital, said that some of the symptoms of heatstroke are vomiting, giddiness, headache and unconsciousness.
"I would advise citizens to avoid travelling between 12 noon and 4pm and wear clothes covering the whole body.
Regular consumption of cold water is necessary.
Children, pregnant women and the elderly need to be more cautious," he said.
A study was undertaken by students revealed that the citizens are better aware of perils of heat.
Harsh Khatri, a medical student who worked on the study, said that in 2017 there were about 20 to 30 deaths due to heatstroke.