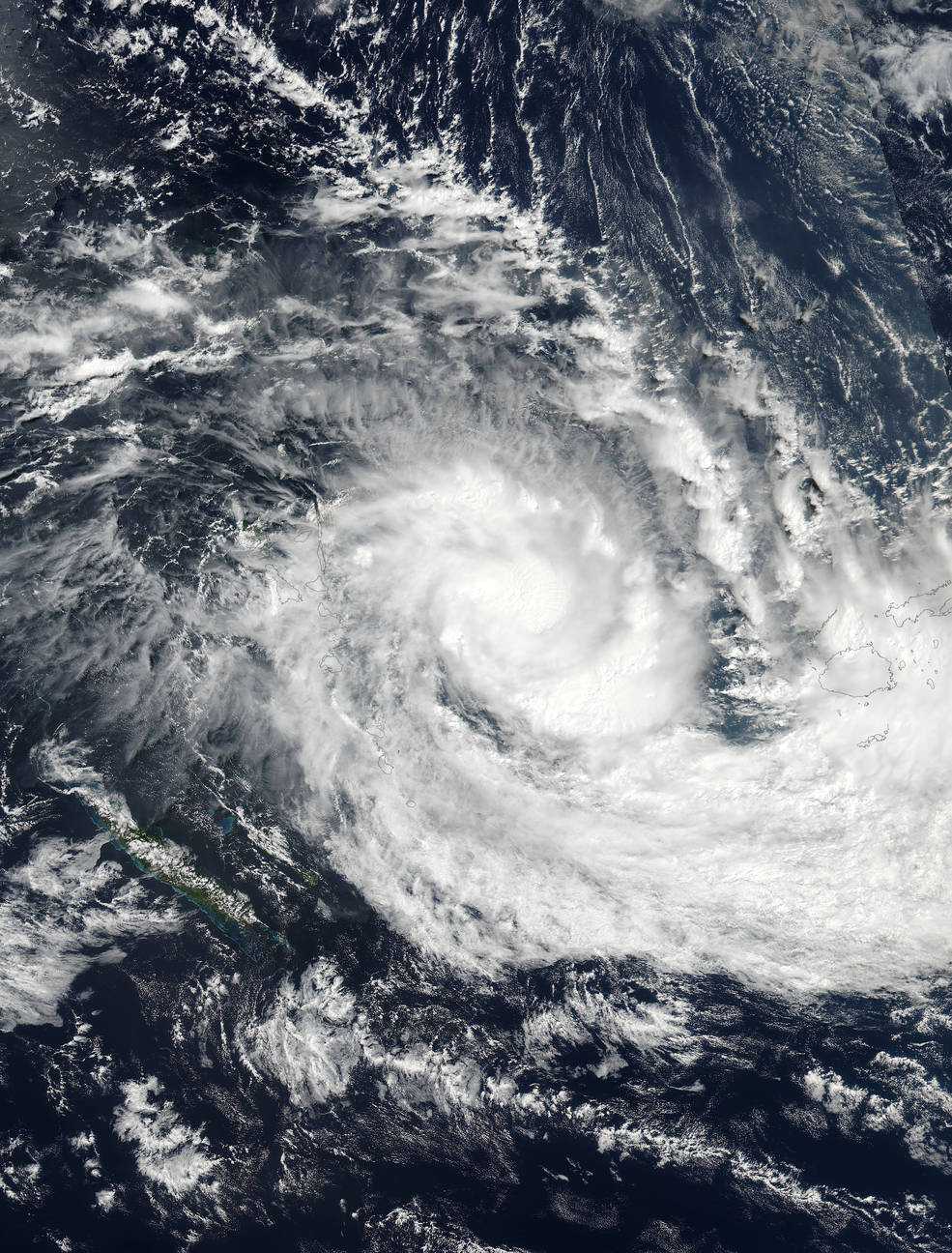 Credits: NOAA/NASA Goddard Rapid Response Team
Tropical cyclone Keni, which has upgraded to a category 3 storm, is on Tuesday approaching the South Pacific Island state of Fiji and the authorities have warned the public to make preparations for it.
Cyclone Keni is expected to be closest to the island state from midday on Tuesday and the Fiji weather office is expecting Keni to pass south of Nadi, the third largest city of Fiji, before making landfall over the southern island of Kadavu.
The centre of cyclone Keni, which is currently located 200 kilometres West of Nadi, is travelling in an East South East direction at 20 kilometres per hour towards Fiji and is expected to continue on this track for now.
Close to its centre, cyclone Keni is expected to have average winds up to 130 kilometres per hour with momentary gusts to 185 kilometres per hour.
With cyclone Keni expected to make landfall on Tuesday, weather forecasters said that the whole of Viti Levu, Fiji's largest island, Southern Mamanucas and Kadavu will get destructive winds, which can go up to 209 kilometres per hour while storm surges can go as high as 3.5 meters.
This means that people should expect destructive winds in a number of areas, very heavy swells sea and river flooding.
The effects of a category 3 cyclone are extensive structural damage to houses, infrastructure, power poles and lines, large trees are expected to fall and low lying escape routes will be cut off.
The Fijian government has urged people to prepare a three-day family disaster kit, strengthen their homes, be ready for power cuts and evacuate if necessary.
It's the second cyclone to hit Fiji in just over a week after tropical cyclone Josie caused six deaths over Easter.
Last week's major flooding in the west and north of Fiji also left two dead at the weekend.