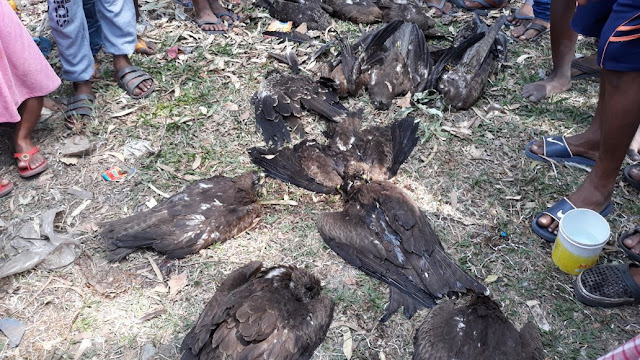 Around 50 black kites died in less than 24 hours in Siliguri, raising alarm among residents of this north Bengal city which also tops the list among Indian cities with most polluted air.
Viscera samples have been sent to Kolkata for tests.
West Bengal state tourism minister Goutam Deb visited a few places where the kites died.
Residents of the Children's Park area in ward 12 of Siliguri Municipal Corporation (SMC) first spotted the dead birds on Friday evening.
Till Saturday afternoon, 49 dead kites were found in College Para, Tikia Para, the district court campus and bungalows of the sub-divisional officer and judges posted in Siliguri.
Nick Doley a veterinary doctor associated with Bengal Safari Park, said, "Some sick birds have been taken to the park for treatment and a post-mortem examination was conducted on some dead birds." Animesh Bose, the programme coordinator at Himalayan Nature and Adventure Foundation (HNAF), said, "Death of so many black kites is really alarming.
This comes at a time when Siliguri's air quality is said to be at its worst."
Data recently collected from north Bengal by Central Pollution Control Board showed that Siliguri's air quality index (AQI) was 343.6 while the same stood at 258.6 in Delhi between February 8 and February 13.
The findings put Siliguri among one the most polluted urban centres in India.
Experts hold old diesel vehicles, including three-wheelers, responsible for the rising pollution since Siliguri is not an industrial township.
Incidentally, the Mahananda, which flows through the city, is also among the most polluted rivers in the state.
Alarmed by the pollution in the Mahananda, the National Green Tribunal last year took suo motu cognizance and issued a notice to the state pollution control board and SMC.
"The river is more polluted now," Bose claimed.
"Three years ago, many black kites died a similar death and we still don't know the exact reason," Bose said.
"The laboratory tests were never made public," he alleged. 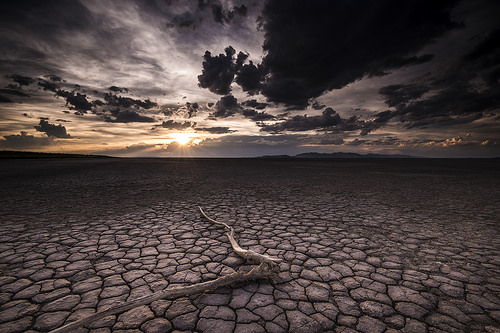