Sick of the cold? Is March really the 5th warmest on record? And snow in Spain USA Canada UK Asia & Africa where will April be on the list? 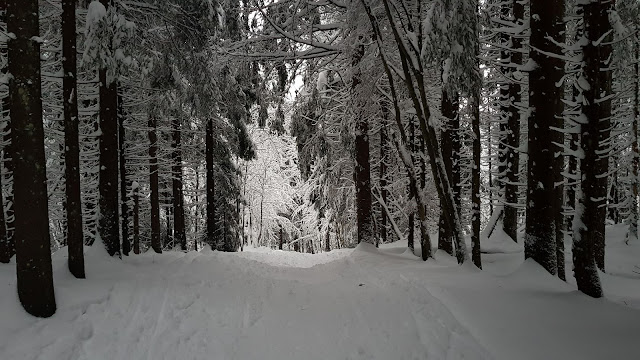 According to NOAA, March was the 5th warmest on record, REALLY?

On the 21st of March, a 'Four'easter' slammed into the northeast of the US shattering snow records and leaving thousands without power and affecting millions for the fourth time that month.
At the beginning of March 200 million were battered by 2 deadly storms on both sides of Atlantic.
A bomb cyclone smashed the US northeast while storm Emma slammed northern Europe, a weather bomb smashed 70 million Americans along the northeast while more than 100 million people in Ireland, the UK and parts of Europe were battered by Storm Emma.
Also in early March tens of thousands of Californians were ordered to evacuate from areas scorched by the Thomas Fire as a massive storm approached threatening flash floods.
Across the pond the number of weather-related deaths rose to as many as 55 with 21 victims in Poland, most of them rough sleepers from cold as The Polar Vortex, "The Beast From The East" turned the UK and Europe into a giant freezer.
The second "European Superfreeze" brought snow to Southern French Beaches, and record snowfall was registered in Spain and in Algeria Northern Africa, the gateway to the Sahara desert had snow in March.
Venice had snow in Italy and the Netherlands broke their all time cold temperature for March.
Of course, I could go on and on, let's see what April will bring.

So far for April...
Just 10 days ago a powerful spring storm pummeled the U.S.Midwest as summer was put on hold with a late-season storm causing chaos and breaking snow and cold records.
Last week the UK had it's warmest April day since 1949 but this week the temperature have crashed so low frost has been reported in many areas.
Last Friday my garden thermometer hit 30 deg C (87 deg F) in the shade which was an incredible warm week in Holland, however this week the temperature has dropped off the cliff.
According to Adapt2030, more snow and cold temperatures are on tap for the Northern Hemisphere from Spain, USA, Canada, UK, Asia & N. Africa.
Even countries in Central Africa showing very strange below normal temperatures.
So what will NOAA be publishing next month for April, stay tuned.