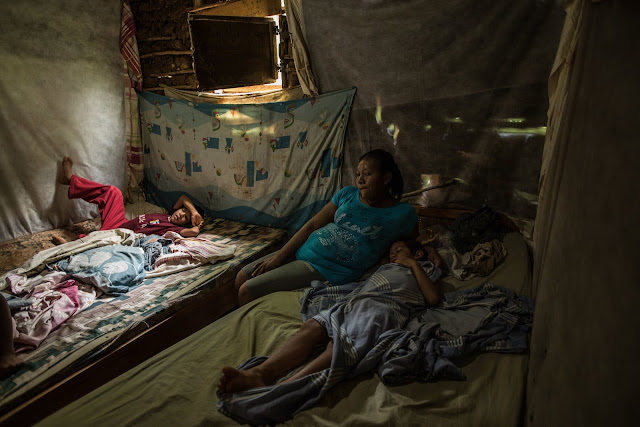 According to some sources, Venezuela was the most murderous place on Earth in 2015 but a new killer is spreading through the South American country which is in a state of collapse.
Malaria is spreading rapidly in crisis-hit Venezuela, with more than an estimated 406,000 cases in 2017, up roughly 69 percent from a year before, the largest increase worldwide, the World Health Organization (WHO) said on Tuesday.
Venezuelan migrants fleeing the economic and social crisis are carrying the mosquito-borne disease into Brazil and other parts of Latin America, the U.N. agency said, urging authorities to provide free screening and treatment regardless of their legal status to avoid further spread.
"In the Americas, it's not just Venezuela.
We're actually reporting increases in a number of other countries.
Venezuela, yes this is a significant concern, malaria is increasing and it's increasing in a very worrying way," Pedro Alonso, director of WHO's global malaria program, told a news briefing. Venezuela is slipping into hyperinflation with shortages of food and medicines during the fifth year of a recession that President Nicolas Maduro's government blames on Western hostility and falling oil prices.
Venezuelan officials reported 240,613 malaria cases in 2016, many in the gold-mining state of Bolivar bordering Guyana, with an estimated 280 deaths, according to the WHO.
The 2017 estimate has leapt to 406,000 cases - five times higher than in 2013.