Another important update from Bill in Alaska: Electrosmog and Its Effects on Children and Pregnant Women 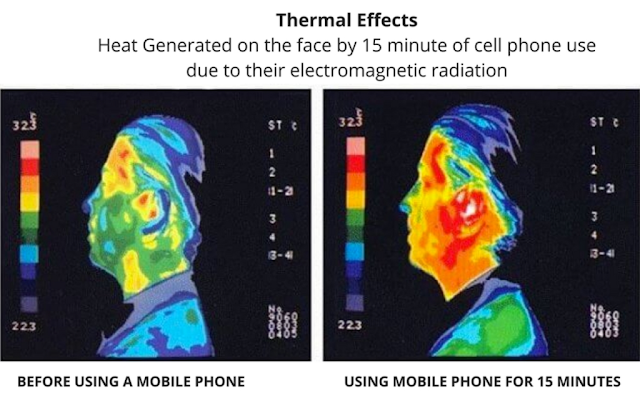 Electrosmog and Its Effects on Children and Pregnant Women

Greetings Gary and readers of The Big Wobble from Alaska.

Last time I touched a bit on pregnancy and Electrosmog. As I recall, I even mentioned autism. Recently I read an ad in a paper that said the odds of a child being diagnosed with autism are 1 in 68. This information came from autismspeaks.org. I know electromagnetic fields cause or contribute to conditions such as alzheimer's, cancer, leukaemia, diabetes, and autism.

Some time back I measured my eyebrow trimmer that ran off one triple-A battery. It produced 4.6 milliGauss (mG) of Electrosmog. I noted that 1.8 mG has been proven to be linked to childhood leukaemia. The smartphones and other such gadgets almost always put out more mG’s as well as high levels of Radio Frequency Radiation (RF).

As these bombard the human body, what is it doing to an expectant mother and to children? One of the tests I show quite often when I’m doing Electronic Pollution Remediation is that one’s body voltage climbs when touching another person. So, if you were using an electronic device and sitting close to someone who was also using an electronic device, it would amplify both your body’s voltage as well as increase the mG’s and the RF. If you were not using a device but they were, you would still be bombarded. If a new mother is breastfeeding, she is putting that pollution directly into her child.

Another curiosity I have been pondering is about mother’s who are vaping. How much Electrosmog are they transferring into their bodies and their baby’s from some of these battery powered units? Remember, my eyebrow trimmer put out 4.6 milliGauss.

Child protection in Russia is some of the most progressive in the world. The rest of the world needs to pay attention to their standards and research. Doctor Yuri Grigoriev produced a report on the dangers of children using mobile phones. In that report, it was stated an electromagnet field is an important biotrophic factor affecting not just human health in general but also the processes of the higher nervous activity including behaviour and thinking. This report recommended that humans under 18 years of age should not use mobile phones. The World Health Organization (WHO) considers the protection of children’s health from possible negative influences of EMF from mobile phones one of its highest priorities. The Scientific Committee of the European Commission by national authorities from Asian and European countries agrees with the above mentioned harmful effects.

The studies produced by the Russian National Committee on Non-Ionizing Radiation Protection stated that children using cell phones is a direct health hazard contributing to sleep problems, disruption of memory, increase in sensitivity to stress, the decline of attention, diminished learning and cognitive abilities, increased epileptic readiness, and increased irritability. They stated their belief that children’s health was at less risk if they used alcohol and tobacco. In short, no pun intended, you could say cell phones are playing “Russian” roulette. Russian also banned microwave ovens. They were determined to be unhealthy for the human body and greatly altered the quality of the food.

In 1974 United States researchers found that low-level microwave radiation like that of cell phones altered the functioning of the human blood/brain barrier (BBB). Arthur Firstenberg stated that two minutes on a cell phone disrupts the BBB. Two hours on a cell phone causes permanent brain damage. And, second-hand radiation may be almost as bad. Thus, the child in the womb, the nursing child or the infant close to their Mum is being blasted as well. It is well known, as reported in 1996 by Lai and Singh, that low-level exposure to RF produces an increase in single and double strand breaks of DNA.

So, with this obviously invisible poison, what does an expectant Mum or new Mum do to make things safer for themselves and their child? I went to www.lessemf.com and found they have shielding garments, basically a tummy shield for pregnancy. According to their catalogue, the microwaves bounce right off. This material is very similar to the Faraday shield canopy I sleep under. They give it a shielding effectiveness of 99.9% RF. They also sell maternity camisoles, aprons, and baby blankets that can be used to cover a child or expectant Mother.

Also, there are safety procedures for using cell phones that can be implemented:

Text only
Don’t keep your cell phone on your body
If talking, use the speakerphone option
Place only short phone calls
Keep your cell phone turned off and as far away from you as possible at night, preferably out of the bedroom
Unless it is an emergency, children under 18 should not use a cell phone
And lastly, don’t talk on your cell phone in a car, train or bus.

As I stated in my February report, because a landline is not possible where I live, I have to use a cell phone. I use an old style flip phone that puts out fewer milligauss and lower non-ionizing radiation. Turning the cell phone on and holding it in my hand, which always brings discomfort from the radiation and milligauss, I took a milligauss reading. It read 12.64 milligauss. Whenever cell signal is poor, the cell phones have to work harder to gain signal. Trying to place a phone call inside this metal building, I read 1986 microWatts/cm2. I went out onto the porch, out of the metal cage, so to speak, and placed another call to the same number, and read 1159 microWatts/cm2, a difference of 827 microWatts/cm2.

Just like my home, which is a metal cage, made my cell phone work harder to send or receive a signal, cell phones used in buses, trains and cars have the same problem. With a bloksock, there is up to a 96% reduction of SAR value. SAR measurements are the amount of radiation absorbed by the head. I use a bloksoc on my cell phone which I ordered from www.lessemf.com.

If possible, hardwire your electronics instead of using wi-fi. When not in use, it is best to turn wi-fi off. Ground yourself and sleep beneath a faraday canopy, if possible. Computer and TV screen shields, tower shields and router guards are also available.

Help is available if one is willing to make changes for a healthier lifestyle. It boils down to a priority issue.