Hundreds of small earthquakes Monday cause concern on The mid-Atlantic Azores Islands strongest quake registered 3.6 on the Richter scale. 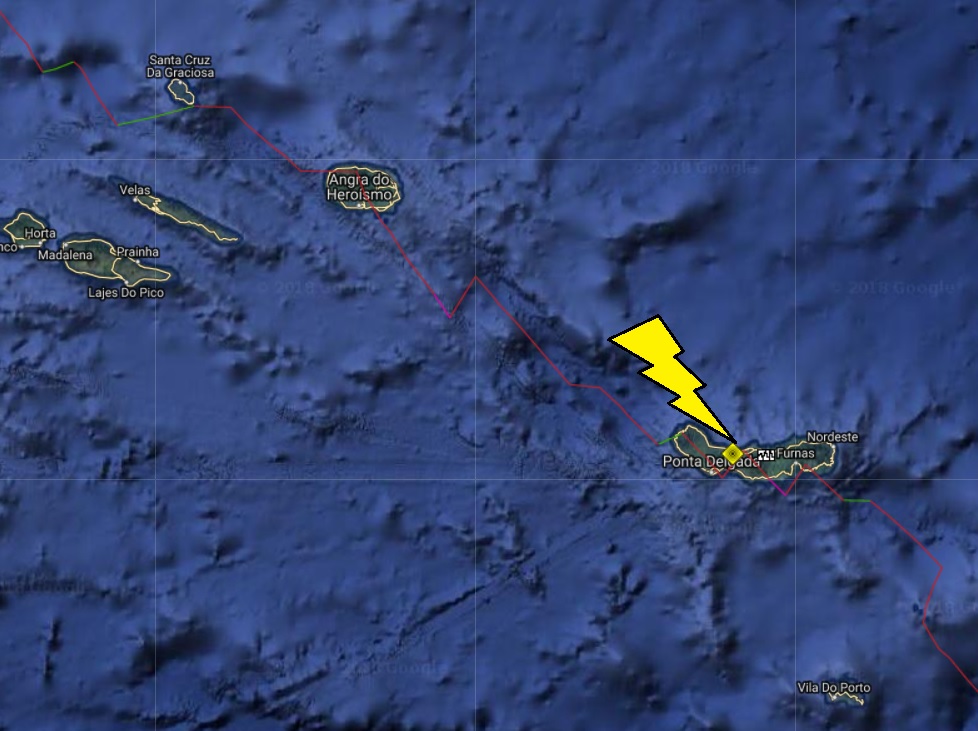 RSOE Alertmap
The mid-Atlantic Azores Islands experienced hundreds of small earthquakes on Monday, the Azores Center for Seismovolcanic Information and Surveillance (CIVISA) confirmed.
The tremors began shortly before midnight on Sunday and continued throughout Monday morning. Most were microseisms, tremors caused by a natural phenomenon that cannot be felt by humans.
But around 20 of the earthquakes were strong enough to be felt by the local population.
"I was fast asleep when I suddenly felt the bed shaking," Helena Pacheco told the Portuguese Lusa News Agency.
"It's frightening as there's no telling what might happen."
According to the Portuguese Institute of Sea and Atmosphere (IPMA), the strongest quake registered 3.6 on the Richter scale.
This places it in the scale's "minor" category.
The activity was focused on Sao Miguel island with the epicentre somewhere between the Fogo and Congro lakes.
The Azores islands archipelago is an autonomous region of Portugal and the regional capital, Ponta Delgada, is located on Sao Miguel island.
"The standard rules of security for these types of situations are in place, the civil protection and fire prevention services and municipal authorities have all been notified," Rui Luis, the regional health secretary, told local journalists.
"What we need now is for everyone to remain calm."