Bali's volatile Mount Agung volcano rumbles back to life and spews ash and steam 1.5km into the Indonesian sky 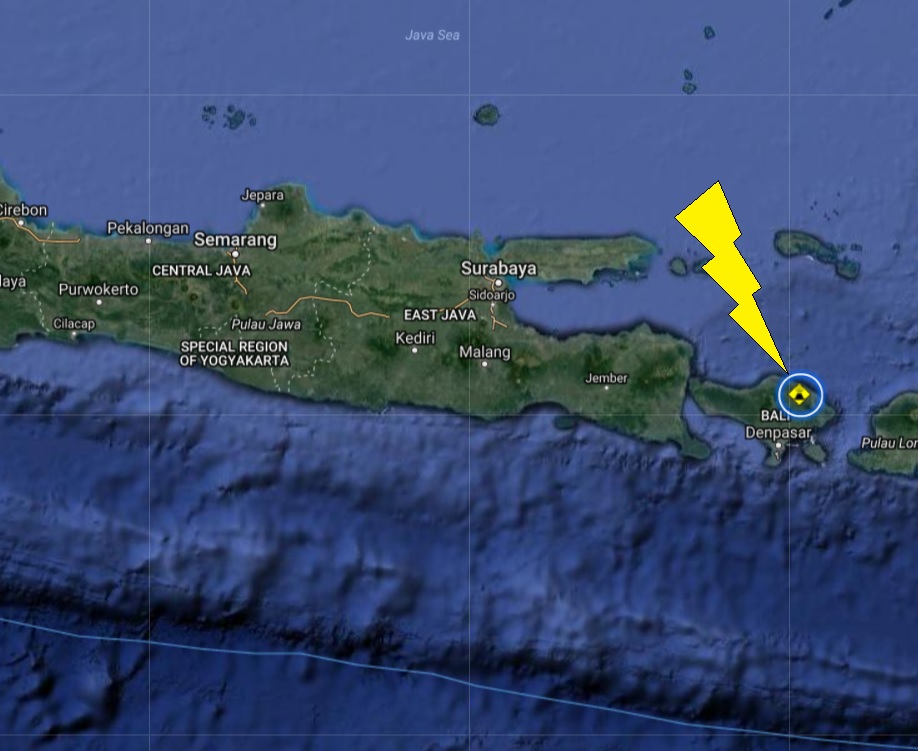 RSOE Alertmap
Bali's Mount Agung volcano erupted on Tuesday (Feb 13), but there was no damage and flights were unaffected.
Indonesia's National Disaster Management Agency (BNPB) said the volcano erupted at 11.49am local time, spewing ash as high as 1.5km above the crater.
The eruption lasted about 21 minutes.
"There was no follow-up eruption.
The exclusion zone is at a 4km radius," BNPB spokesman Sutopo Purwo Nugroho said in a statement.
Mount Agung lies some 70km from Bali's main airport Ngurah Rai and its top tourist areas, which attract some five million tourists annually.
The 3,000m-tall volcano has been periodically spewing molten clouds of ash and smoke for months. It first started spewing ash last November, causing mass evacuations and flight disruptions.
The last significant eruption was on Jan 15 when it spewed ash 2,000m to 2,500m high, blowing towards the north-east in the opposite direction of the airport.
In 1963, Mount Agung's eruptions killed 1,549 people and forced 100,000 others to flee their homes. Indonesia, which sits on the Pacific Ring of Fire, has 127 active volcanoes, or 13 per cent of the world's volcanoes.