The legacy of the Thomas Fire: California mudslides kill at least 13 people in area already ravaged by the biggest wildfire in the States history 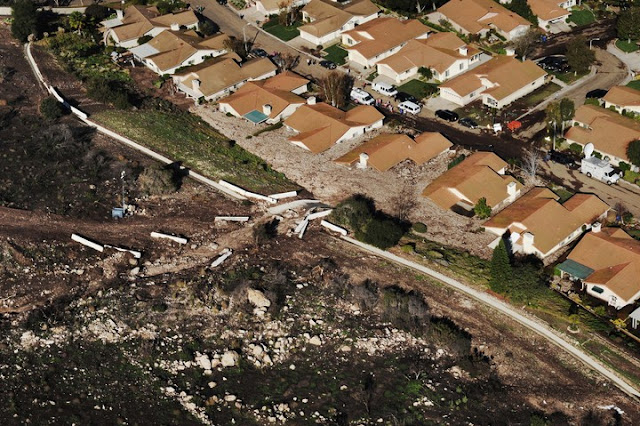 Photo elsiglodedurango.com.mx
California mudslides have killed at least 13 people in the area already ravaged by the biggest wildfire in the States history.
Mudslides, boulders and tons of debris killed at least 13 people on Tuesday in communities along California’s scenic coastline ravaged by a series of intense wildfires that burned off protective vegetation last month.
Rescue workers in southern California are searching for survivors.
More than 30 miles (48km) of the main coastal road have been closed and police said the scene "looked like a World War One battlefield". 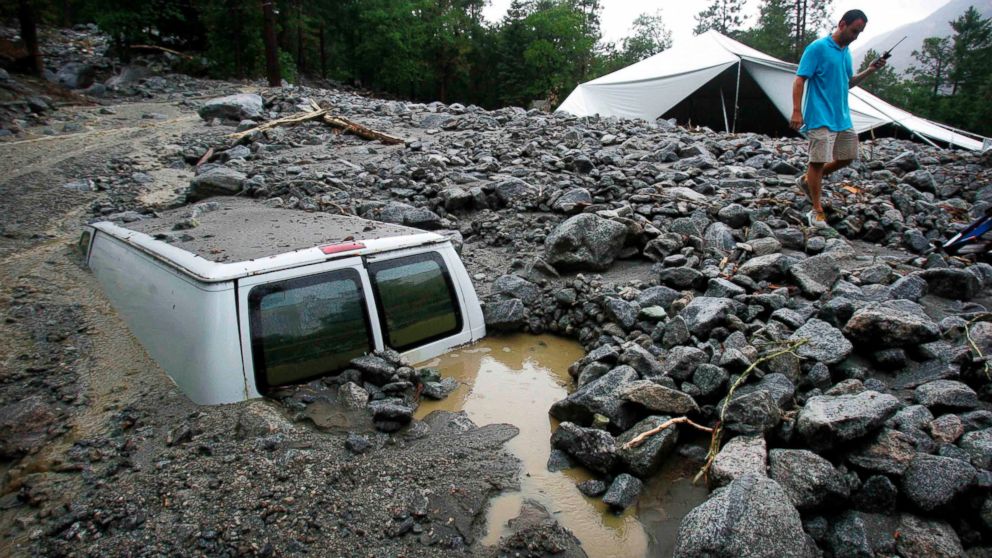 Photo abcnews.go.com
A group of 300 people are reportedly trapped in Romero Canyon neighbourhood east of Santa Barbara, with rescue efforts due to resume at daybreak.
The death toll is expected to rise, according to the BBC.
Emergency workers using search dogs and helicopters rescued dozens of people stranded in mud-coated rubble in the normally pristine area, sandwiched between the ocean and the sprawling Los Padres National Forest, about 110 miles north of Los Angeles.
Marc Phillips slogged up and down the streets of Montecito Tuesday in his mud-caked jeans, marveling at the devastation.
Phillips pointed at areas on Parra Grande Road, where homes used to be.
"It looks like there was never a house there, but it was," he said.
It was that kind of day in one neighborhood in this upscale Santa Barbara County coastal city, where waves of mud destroyed homes and killed several people.
That some neighborhoods had been threatened by the Thomas fire just weeks earlier made it hard for some people to process the twin disasters.
"There's never been anything like this," a victim said.
Mud from a swollen creek slammed into homes in the 300 block of Hot Springs Road and nearby streets.
The area was not directly in the Thomas fire burn zone, officials said.
During the fires, the location was under voluntary evacuation because it was far south of the burn area, so officials issued only voluntary evacuation orders there Monday night as the storm approached.
One person was found under a 101 Freeway overpass after a home a half-mile north was hit by floods and the person was carried away, said Mike Eliason, Santa Barbara County Fire Department spokesman.
The person's condition was unknown.
Crews rescued six people and a dog after four houses were destroyed.
The mud lifted one residence off its foundation and carried it into trees, where it collapsed, Eliason said.
Firefighters used the "jaws of life" to cut their way into the home, where a firefighter heard muffled cries for help, Eliason said.
A rescue dog pinpointed the location of a 14-year-old girl, and two hours later the mud-covered teen was pulled free.
Eliason said he did not know where her parents were.
It was about 3:30 a.m. when Tony Miller, a Realtor and Montecito resident, heard the heavy rainfall. "About the same time, I look up into the sky and there was this bright red light," he said.
That light, he learned later, was from a gas line that had erupted.
Miller thought another massive fire had broken out, but he wasn't sure.
He went outside, walked up a hill and began recording video.
He later posted it on his Twitter account.
At home, Miller watched the news as news video footage showed car-size boulders on neighborhood streets, homes knocked off their foundations, and debris and ash had made its way down from the burned hillsides and into the streets.
"I don't think people were expecting to have all this mud and debris to come down the way it did," he said.
"A lot of people were trapped in their home."
But with most of the eastern side of Montecito without power or cellphone service, he's had a hard time reaching friends and relatives.
Meanwhile, Miller said he's fortunate enough to have some power and has been keeping neighbors informed about the latest details of the storms and the devastation that has hit their community.
"The same houses that had a hard time with the fire, just got hit even harder with he rain."