38 years since the mountain blew its top, spewing ash 80,000 feet in the air Mount St. Helens hit with a mag 3.9 quake followed by a swarm of aftershocks. 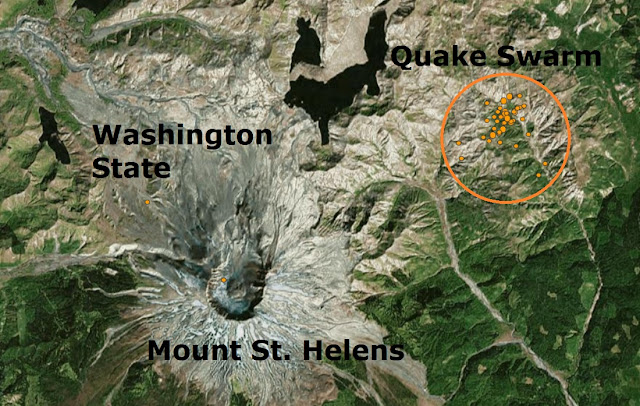 USGS/ Click on image to enlarge
A magnitude 3.9 earthquake that hit near Mount St. Helens early Wednesday was followed by a swarm of aftershocks.
The quake hit east of Mount St. Helens, 23 miles south-southeast of Morton, just after 12:30 a.m. Wednesday, according to the Pacific Northwest Seismic Network.
The PNSN said there have been as many as 19 aftershocks.
One of the largest was M2.7. Seismologists said they are confident the earthquake was a tectonic event and not related to magma activity within the volcano itself, but the location and strength of the quake were atypical.
"We have had a lot of small, tiny earthquakes in this zone.
What we haven't had is an earthquake that size, a 3.9 in that area," said Bill Steele with PNSN.
What seismologists primarily expect to see are smaller swarms of quakes on the west side of the mountain.
Wednesday's M3.9 quake happened on the east side.
People from Mountlake Terrace to Seattle and from Portland to Astoria told KIRO 7 they felt the quake.
Viewers in Glenoma, Randle, Morton and other towns along Highway 12 in Lewis County told KIRO 7 they felt the significant shaking. 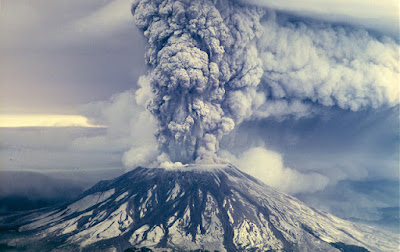 No damage was reported.
Meanwhile, seismologists have been working on an early warning system that could give an alert as much as a 7 to 10 seconds before shaking begins.
"The trains running, the cars, the aeroplanes landing, there is a lot of things you can do with just a few seconds of warning," said University of Washington seismologist John Vidale.
UW seismologists say they log about 17 earthquakes a month on average near Mount St Helens.
In the past month, they have tracked more than 80.
Last year well over 100 earthquakes were detected on Mount St. Helens from early April up till the end of May.
It's almost 38 years since the mountain blew its top, sending ash 80,000 feet in the air and destroying a swath of the landscape 23 miles wide and 19 miles long with a combination of the blast, landslide and volcanic mudflows (lahars).
The eruption killed 57 people and is considered the most destructive volcanic eruption in U.S. history.But fear not, as the earthquakes have come to be almost common since the mountain began its recharging process back in 2008, with swarms detected regularly.