It killed 200 million European's in the 1300's: 2 bears found in California with the plague: Positive bear samples found in 32 counties in California. 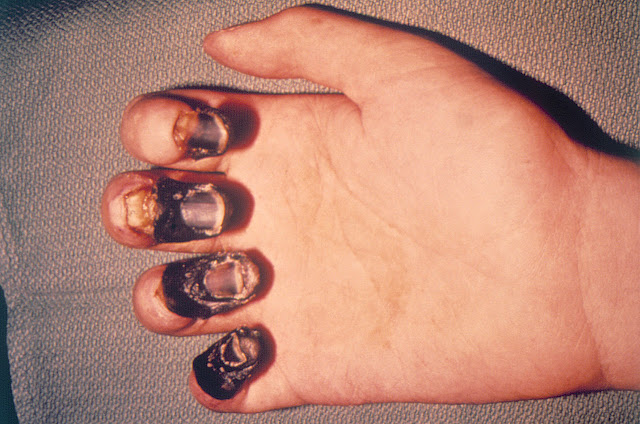 Photo Wikipedia
As the Pneumonic plague epidemic in Madagascar is claimed to be the biggest outbreak in 50 years,
the disease which killed an estimated 200 million Europeans in the 1300's appears to be making a comeback!
Two black bears exposed to the plague was found in Paradise, according to the California Department of Public Health.
The department collected blood in September from two bears killed under depredation permits, and the samples tested positive for antibodies to Yersinia pestis, the bacterium that causes plague.
The California Department of Fish and Wildlife issued the depredation permits.
Tanya Espinosa, a spokesperson for U.S. Department of Agriculture's Animal and Plant Health Inspection Service, said she could not reveal the location the bears were found because they were not on public lands.
They were removed by Animal and Plant Health Inspection Services because they were damaging private lands and an agricultural resource, Espinosa said.
The U.S. Department of Agriculture Wildlife Services routinely submits blood samples from bears and other predators it encounters in wildlife management activities.
This is, in part, to determine whether they have been exposed to plague in the past.
Plague is a flea-borne disease spread through contact with infected animals, dead or alive, and flea bites.
In the 1300s, it killed millions in Europe and took on the name of the Black Death.
Symptoms include fever, nausea, headaches, weakness and swollen, tender lymph nodes.
If caught early, it's treatable in the modern age with antibiotics.
Predators like bears often prey on rodents, which are the primary carriers of plague, according to the state Public Health Department.
Historically, about 12 percent of bear samples have tested positive for plague antibodies, according to California Department of Public Health.
Positive bear samples have been found in 32 counties in California.

In June, July and August this year, the plague showed up in the U.S. Canada and Russia!
In early August 2017, The Apache County Health Department recently notified the public about a new prairie dog die-off in Concho, Arizona.
A previous die-off was reported in early July.
The notice bluntly states that "Old Concho is now considered a plague-positive area."
The die-off occurred earlier in July.
“Navajo County Health Department was also urging the public to take precautions to reduce their risk of exposure to this serious disease, after being found in rodents in the Arizona county.
In June this year, two more cases of human plague were confirmed in New Mexico.
The New Mexico Department of Health said a 52-year-old woman and a 62-year-old woman were recently diagnosed with the plague. According to health officials, the first confirmed case of the plague this year occurred in June when a 63-year-old man contracted the plague.
All three patients, who live in Santa Fe County, were hospitalized but there were no deaths.
In July this year, Parks Canada closed off a Saskatchewan national park's remote prairie dog colony to the public after two rodents from the area tested positive for sylvatic plague — the same bacteria that causes the bubonic and pneumonic plagues in humans.
Also in July, The notorious bubonic plague, infected a Siberian youngster.
A ten-year-old boy in Siberia's Altai Republic contracted bubonic plague, local medics told TASS news agency.
"The boy was hospitalized with a high fever and tested positive for bubonic plague.
His condition is not known.
All the 17 people, including six children, with whom the boy had contact, were quarantined.
According to the World Health Organization, more than 13,000 people contracted bubonic plague in Asia, Africa and America between 2004 and 2013.
Roughly 900 of them died from the disease.
250 have died in Madagascar this year in just two and a half months, which is thought to be the biggest outbreak in 50 years.