Nocturnal animals seen out during the day staggering, trembling, or weak as Rabies cases in Colorado have spiked in 2017 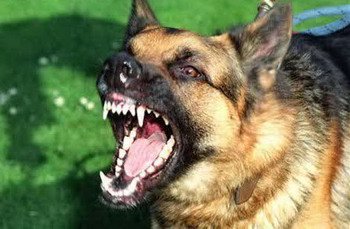 Photo urdogs.com
Earlier this week the Colorado Department of Agriculture Animal Health Division sent out a release indicating that the number of reported rabies cases in Colorado was on the rise in 2017.
So far in 2017, 93 animals have tested positive.
Sixty of those animals are known to have exposed domestic pets, livestock, and humans.
Early in the summer (March, April, and May), skunks were the primary source of positive labs tests. Since that time (May, June, and July) bats have taken the lead in positive test results.
Other wildlife (coyotes, foxes, etc.) are scattered throughout the year.
As would probably be expected the domestic animals, specifically dogs, show a spike in positive test that correlates with the spike in skunk positive test results.
The majority of the tested cases have been along the Front Range, however there have also been some from Southeast Colorado, especially with skunks, coyotes, and foxes.
All species of livestock are susceptible to rabies, with cattle and horses being the most often reported. Vaccines are species specific and are currently available for dogs, cats, horses, sheep, cattle, ferrets, raccoons, and coyotes.
Extra label use is allowed by veterinarians only, but if given to food animals, a substantially extended withdrawal period is recommended and must be adhered to.
As with all vaccination programs that require an annual booster, many re-vaccination programs have been inconsistent in following the booster protocol.
Residents are reminded that any change in animal behavior should be noted.
Animals exposed to rabies may present as either more aggressive or tamer than usual.
Nocturnal animals (skunks, foxes, etc.) may be seen out during the day staggering, trembling, or weak.
Rabies or suspicion of rabies is a reportable disease in Colorado.
Normal behavior for wildlife is to avoid human contact.
If you find wildlife that do not attempt to flee or otherwise appear injured - DO NOT approach the animal and try to help it.
Contact your local animal control officer or Colorado Division of Parks and Wildlife. The brain of the animal must be tested to confirm rabies.