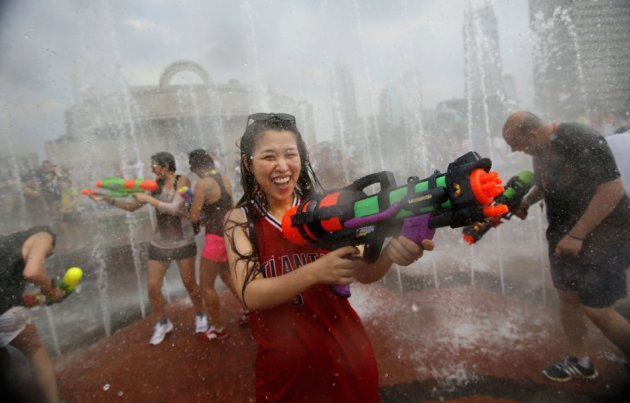 photo ibtimes.co.uk
Five people died on Saturday as soaring temperatures hit the Bulgarian capital Sofia where the mercury was expected to reach as high as 44 degrees Celsius (111.2 degrees Fahrenheit), hospital sources said.
By midday (0900 GMT), the city's emergency services had provided assistance to around 200 people who felt unwell, emergency services spokeswoman Katia Sungarska said.
She advised residents not to leave the house during the day and not to call the emergency services except in cases of urgency in order to allow ambulances to reach those in serious need.
Sofia has for years suffered from a chronic shortage of ambulances, with a fleet of just 25 vehicles serving a city of around two million people.
The red alert for extreme heat was activated on Saturday in 17 regions across the country for the first time this summer.