Last nights mag 6.0 on the coast of Ecuador brought the lofty total of 10 major quakes in June: Major quakes so far this year almost 50% down on last 17 years 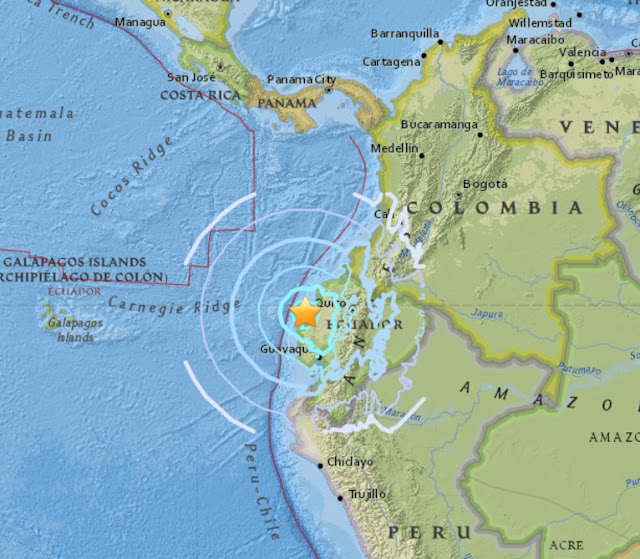 Last nights magnitude 6.0 on the Ecuador coast was the tenth major quake of June and the first time this year a months total has reached double figures in an astonishing quiet period for major quakes, I know I keep banging on about this but the drop off is unprecedented in the last 117 years.
Last nights mag 6.0 was only the 47th this year, when you consider 2011, the year of the Fukushima disaster 131 major quakes were recorded in the same period and in 2010 103 in the same period.

The average monthly total of major quakes in the first 6 months of the year since 2010 is 15, this years average is only 8, nearly 50% less, astonishing.
Lets hope it's not the calm before the storm after a cluster of more than 450 quakes  in 7 days, the biggest being mag 4.5 hitting the Yellowstone Park super volcano and a cluster of 53 quakes  at Loihi, suggesting the underwater volcano has been active for some time.
The Hawaii Volcano Observatory has calculated more than 50 tremors in June alone at Loihi, compared to the average once-a-month occurrence the last couple of years.