Another week on paradise: A staggering amount of dead animal and fish species recorded in the first 12 days of July 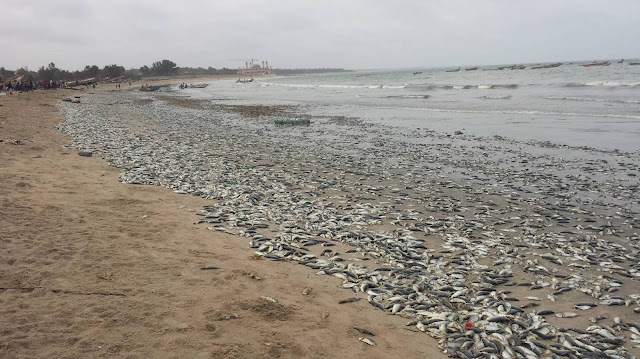 Massive die off of fish in a nature reserve in southern Gambia, see below

10th July 2017 - rpp noticias  reports 40+ dead Sea Lions and 2 dead Whales found along the coast of Lambayeque, Peru.
According to reports, the stranding of marine species occurred as a result of the high tide that has been occurring for several days along the coast, which is why the Maritime Captaincy ordered the closure of the docks and coves of the Lambayeque region, for prevention. 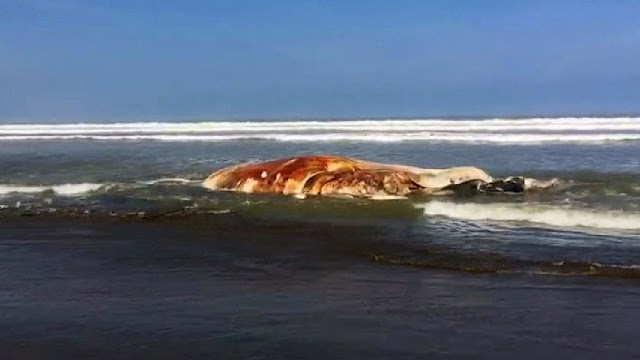 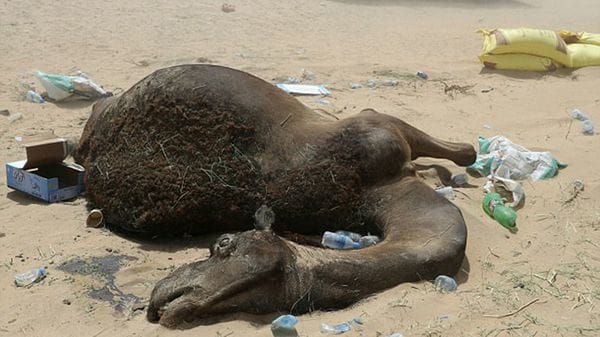 It is estimated that there are still about 150,000 Qatari camels in Saudi Arabia and it is not clear what their fate will be. 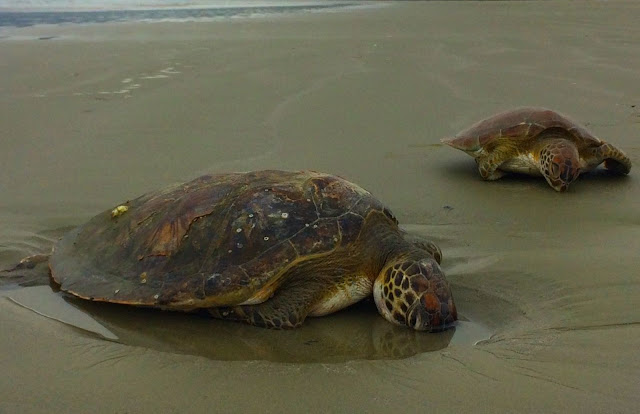 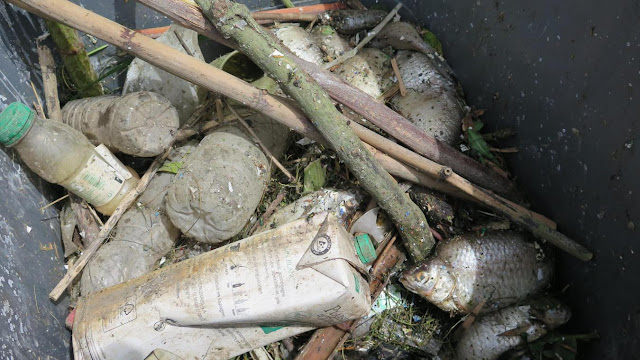 The lack of oxygen in the water caused the death of thousands of fish, in the environment of the marina of Wambrechies.


7th July 2017 Correio Braziliense reports- Thousands of dead fish wash up due to pollution in the waters of Paranoa, Brazil. 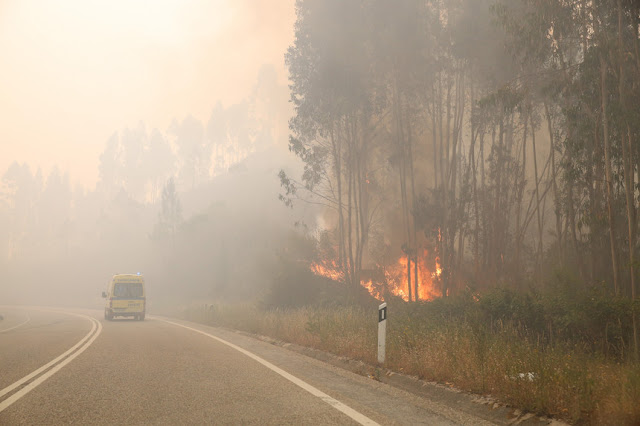 6th July 2017 Cabulture News reports- Dozens of sea birds, hundreds of fish, plus turtles found dead on a beach in Queensland, Australia.
DEAD birds, turtles and mullet have become a common occurrence at Bongaree's Airforce Park in recent weeks.
Don Early has been cleaning the beachfront for the past five years in ode to his late veteran grandfather and says he's encountered 14 dead cormorants washed ashore in the past two weeks. "Something is wrong here,” he said.
"It's only a little stretch of beach and I usually find the odd dead bird, but to find 14 in such a short period is strange.
"There's more up further; I've found dead turtles and hundreds of dead mullet.+ And these birds are all the same species.”


6th July 2017 KUOU.com reports- Thousands of cattle die in heat wave in California, America.
Central California's largest rendering plant has been overwhelmed by the number of cows that died during a June heat wave, so officials are allowing dairy farmers to bury or compost hundreds of carcasses.
The unusual run of heat last month - including nine straight days of triple-digit temperatures -- and a mechanical malfunction at Baker Commodities have contributed to the overload at the plant, the Fresno Bee reported Friday.
An estimated 4,000 to 6,000 livestock died in June due to the heat wave. 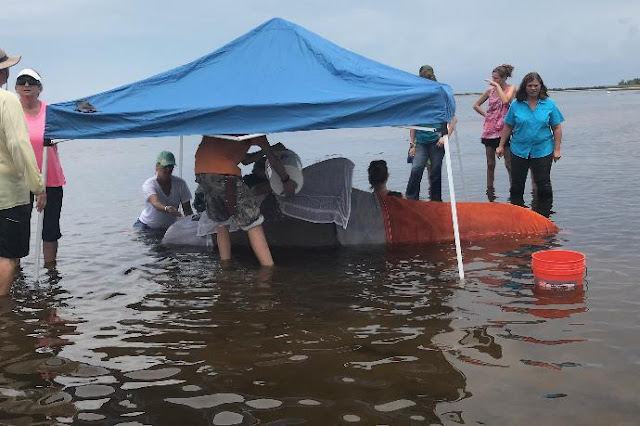 Rescue teams: Something may be wrong with pilot whale species Over a four day period, rescue teams and Florida Wildlife Conservation responded to 10 different whale strandings in Taylor and Dixie counties.
Of those 10, only one was saved.
The female whale is being treated at a rehab facility in Clearwater. 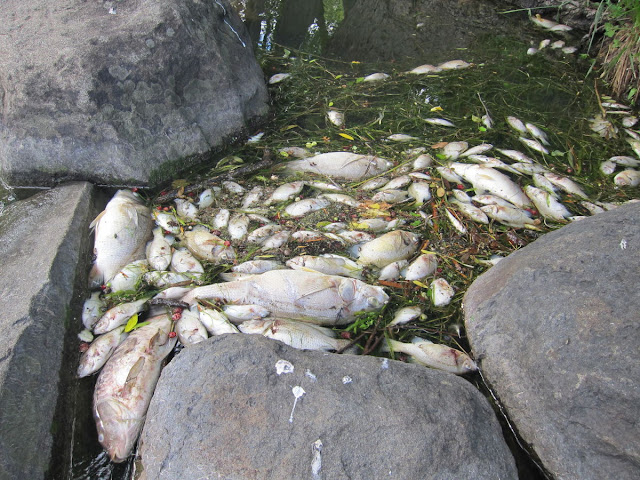 The Wisconsin Department of Natural Resources is investigating a large fish kill on Indian Lake in western Dane County, caused by low oxygen levels due to blue-green algae and a lake weed die-off. Thousands of fish of all species — including northern pike, walleye, largemouth bass, bluegills, carp and bullheads — have died in the lake located in Indian Lake County Park, along Highway 19 west of Springfield Corners in the town of Berry. 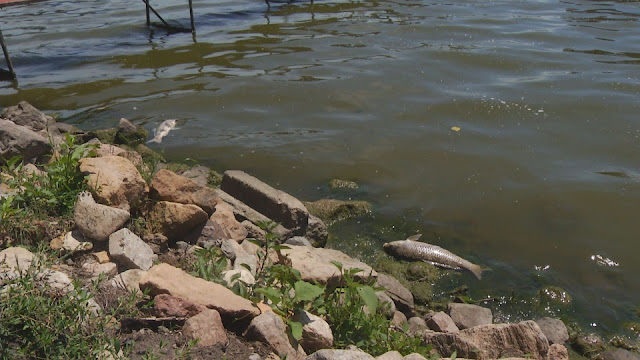 Reports of carp washing ashore at one area lake have residents concerned.
For over a week, carp have been seen floating on the surface of Lake Elysian.
Whether it's along the shoreline or in the middle, these dead fish have quickly multiplied.
Both the DNR and the Waterville fisheries are trying to find the cause of this sudden death in the species, but haven't been able to determine anything yet.

The water in the lagoon is pink and there is no trace of life.
A few meters away, on the beach, hundreds of dead fish lie on the sand.

29th June 2017 Kyiv Post reports- 167 dead dolphins have washed up during past 4 months in Black Sea coast, Russia
The number of dead dolphins washed up on the Black Sea beach, from Sochi to Anapa, has reached 167, Krasnodar Territory prosecutor Sergei Tabelsky said.