Where have all the major quakes gone? A mag 6.2 Tonga is only the 7th of June and 44th of an incredible quiet 2017: Calm before the storm? 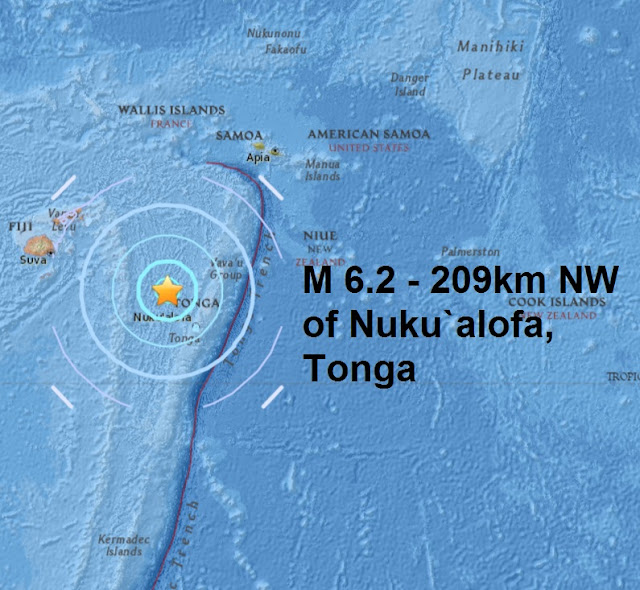 USGS
It's an area in the world where the islanders are worried about rising sea levels but it is also one of the most active quake areas in the world.
A magnitude 6.2 - 209km NW of Nuku`alofa, Tonga is only the 7th major quake of June and even more incredible it is only the 44th of 2017 which after 6 months is the lowest total in decades, I can't stress the importance of this decrease in quakes and volcano activity by the way, something is very very wrong.
Major quakes have been steadily increasing since 1900, by 2014 that increase was an astonishing 400% in six months that increase has dropped to pre 1950's levels.
How could this be happening?  Well our Sun, which is thought to influence quake and volcano activity is rather quiet at the moment but I would not suggest that is the reason for the dip, to be honest I haven't got a clue as to what would cause this, I don't think the experts know why also, because as far as I am aware MSM have not mentioned anything about this drop in major quakes anywhere.
I will say this though, this dip is probably the calm before the storm with California in particular due a big one.
Stay safe out there people.