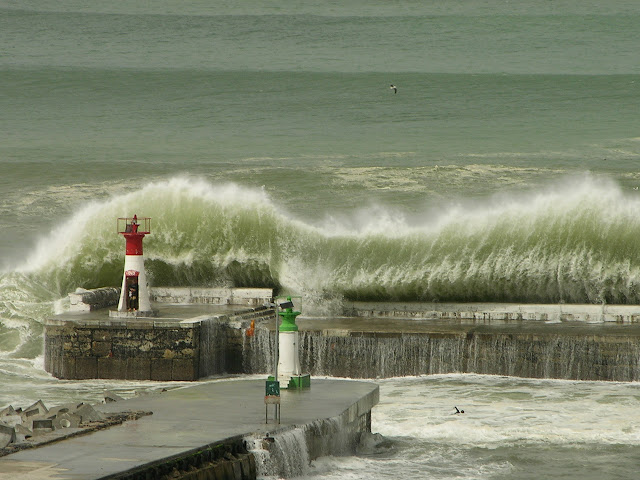 Photo newrelease.co.za
Eight people have been killed and thousands forced from their homes as Cape Town and surrounding areas in South Africa were hit by the worst winter storm in ever.
The South African Weather Service has warned that the storm is expected to dump more than 50 millimetres of rain in some areas and to trigger waves of up to 12 metres.
Millions of people in shanty towns, who have previously had to cope with the region's worst drought in a century, have been hardest hit, as floods and heavy rain washed away their homes.
The army, police and other emergency services are on hand to evacuate anyone stranded by the storm and to provide emergency shelter and food.
"Eight people have died so far in storm-related incidents and thousands have been displaced," said James-Brent Styan, spokesman for the Western Cape local government ministry.
He said in one incident a family of four died in a fire caused by lightning.
Another died in a building collapse.
Local media reported that strong winds had fanned fires in the countryside east of Cape Town, forcing evacuations including in the popular resort town of Knysna.
Over two dozen fires were reported in the area, which are home to dense forests, providing plenty of material for the spread of wild fires.