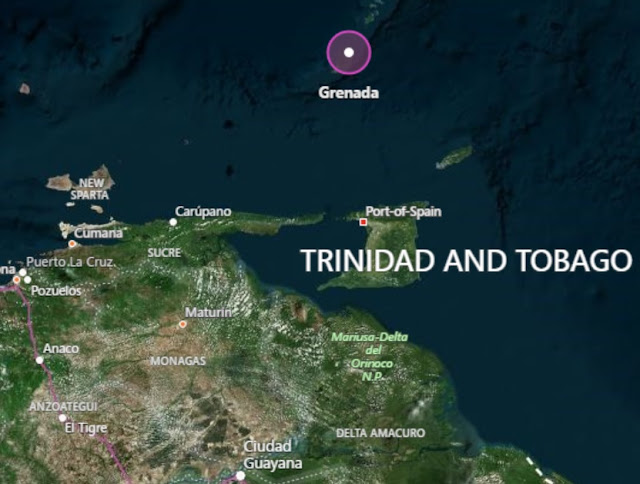 The University of the West Indies (UWI) Seismic Research Centre (SRC) is monitoring increased activity at underwater volcano Kick 'em Jenny following scores of eruption over the past few days, but it says there's no tsunami threat so far.
The Trinidad-based SRC said the first eruption at the region's only submarine volcano - which is located about five miles north of Grenada - occurred on Saturday around 5:45 pm, with reports of it being felt in St Patrick's, Grenada.
In its update yesterday, Grenada's National Disaster Management Agency (NaDMA) said at least 43 "mostly low magnitudes volcanic earthquakes" - in the magnitude range of 1.5 to 2.3 - had occurred between that first tremor and 10:41 a.m. yesterday.
There were a few larger events with the largest at magnitude 3.0.
On Sunday, the UWI/SRC recorded a high amplitude signal, lasting about 25 seconds, on one of the Grenada stations.
The signal was also recorded on a station in Montserrat.
"This signal follows an increase in the number of background events associated with the Kick 'em Jenny volcano," the SRC said in a release on Sunday.
As a result of the eruptions, the Kick 'em Jenny alert has been raised to yellow, which means sea users and ships should stay away from vicinity of the volcano and observe a 1.5 km/0.93 mile exclusion zone.
However, as a precautionary measure, the SRC said the marine community should observe a 5 km/3.1 mile exclusion zone.
A yellow alert means the volcano is restless, seismicity and/or fumarolic activity are above the historical level, or other unusual activity has been observed or can be expected without warning. Despite the activity, SRC stressed there was no tsunami watch or warning in place.
"Recent measurements have indicated that the summit of Kick 'em Jenny is currently too deep beneath the surface of the sea for an eruption to likely trigger a tsunami," it said on Sunday.
However, noting that volcanic episodes at Kick 'em Jenny, since 1939, usually consist of several eruptions lasting over several days before returning to rest, the SRC said further eruptions should be expected during this episode. 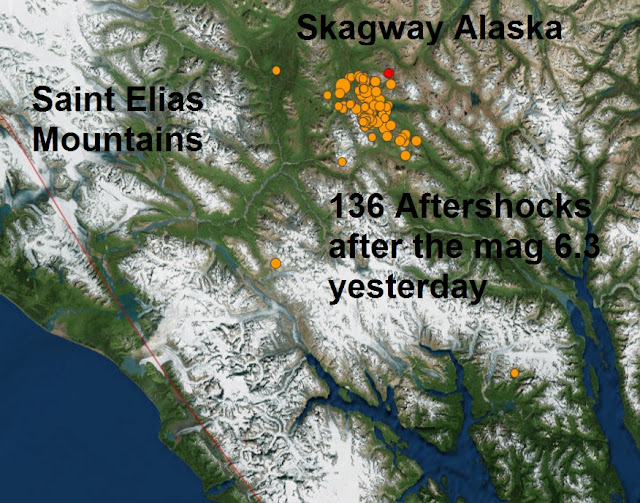 Sent in by Sophie
A cluster of 136 aftershocks mag 2.5 or higher in the Saint Elias Mountains have been recorded since a magnitude 6.3  and a magnitude 6.2 struck Skagway Alaska yesterday.
There are no active volcanoes in the area.

It is the second massive cluster this week after a cluster of around 100 mid to large quakes in a 50km square area struck off the coast of Valparaiso Chile, see map below. 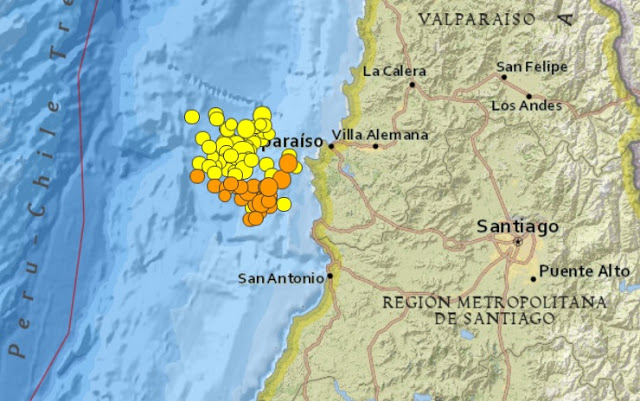 After the massive mag 7.1 quake which has since been downgraded by USGS to a mag 6.9. A cluster of 88 mid to high strength aftershocks struck, including two mag 5.9’s, a mag 5.7, with a further 15 mag 5 or higher.
The area has now calmed and the aftershocks have stopped
The cluster of quakes in Alaska and the ones off the coast of Chile are reminiscent of the build up to the massive mag 9.1 quake hit Honshu, Japan in 2011, killing more than 18,000 people and causing the Fukushima disaster, see map below. 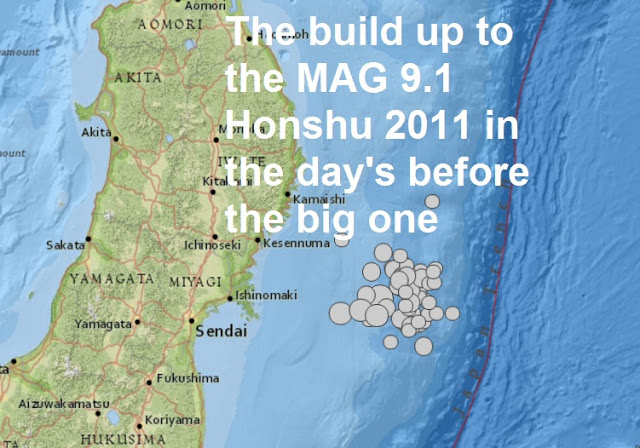