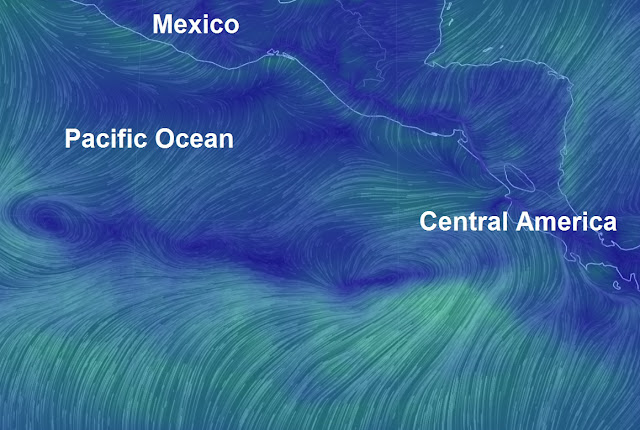 Earthwindmap
The earliest tropical depression on record in the eastern Pacific Ocean may develop this week and could impact communities from southern Mexico to Central America.
A tropical depression may form as early as late in the day on Monday but is more likely to form on Tuesday or Wednesday.
Hurricane season in the eastern Pacific Basin starts on May 15, but the development of the basin’s first tropical depression has never occurred before May 12 since reliable record keeping began in 1966.
Alma, which eventually became a hurricane, set the record for the earliest tropical depression when it developed on May 12, 1990.
“With water temperatures off of western Central America above normal and relatively low wind shear, conditions will be conducive for tropical development this week,” AccuWeather Meteorologist Steve Travis said.
Tropical Storm Arlene became the earliest named storm in the Atlantic Ocean on April the 27th